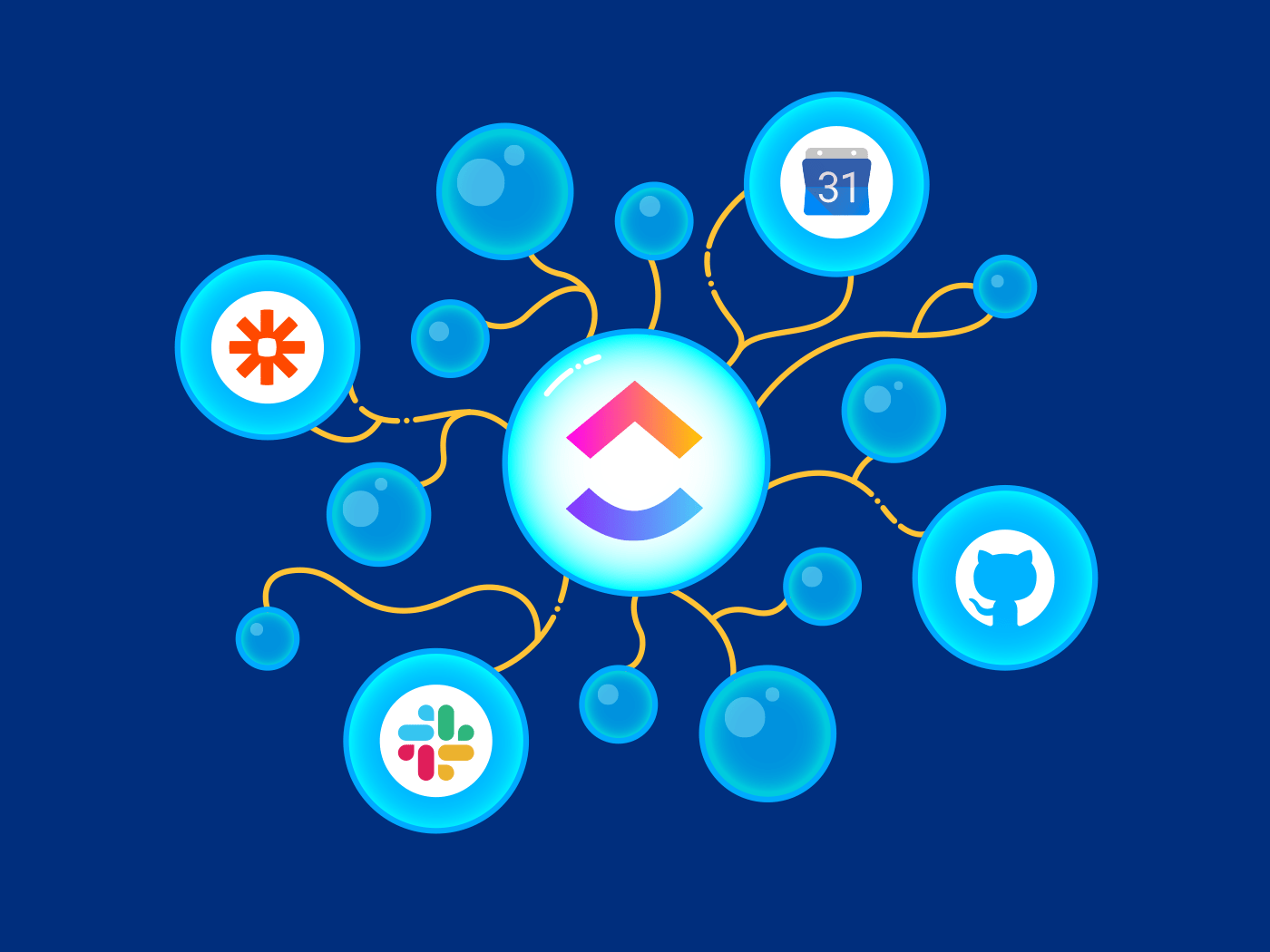 What about Zapier to connect your favorite apps? Also an API.

Application Programming Interfaces or APIs are critical to the tech world.

So what are APIs? They help connect your favorite tools together and allow other programmers to build into the other programs.

They allow SaaS companies to easily integrate other software with their platform by providing a two-way data transfer from one app to another.

How do APIs work?

An API is an endpoint for data that lets two applications communicate. An app built with an API typically serves as a third party looking into or manipulating a platform and retrieving applicable pieces of data. A robust API allows for deep integrations to be created by anyone.

Within ClickUp, for example, if a client wants access to their data so they can evaluate their productivity on their own platform, they can easily do so!

What are the benefits of an API  and how can they make a company more efficient?

APIs allow a SaaS company to have actionable data on their products’ performance, such as seeing how many users are on your platform, checking revenue within different timeframes, and even more detailed analytics, which allows you to monitor actions based on certain criteria.

Easy integration with other software

Take, for example, a developer who builds custom applications alongside the tools he uses in his workflow. He has many apps he’s created for himself but they lack the data to be useful. Instead of requesting an integration from the team at ClickUp, he can just grab the data from our API to complete those integrations on his own.

Allow customers to create their own apps

If a user needs a data export not natively provided by a software, they can use an API to make it happen. A decent API will let a user manually retrieve data and export it into the necessary format such as a CSV file.

Here at ClickUp, we take advantage of other software APIs to make users more productive.
A great example would be how we used Slack’s API to build an integration used by our operations and development team. By accessing Slack’s data through their API, we were able to create ClickUp tasks for project management inside of Slack.

How else can the Slack API be used? Certain actions made on a ClickUp task can trigger a notification within Slack. For example, when a bug fix task is moved into production, we are then notified in slack of the change. Also, there is an unfurl ability for links to ClickUp tasks which are posted in a Slack channel. This requires a “request” from ClickUp to the Slack API as well!

In addition, our development team uses the GitHub API for our integrations with their platform. Particularly, we use their API to set up a function that automatically associates Github items with ClickUp tasks.

Any integration, import, or even connection within our own platform relies on an API. It’s time to take the shortcut. Hop in and start building apps with APIs to save yourself time and impress the world around you!

Read more about how to get started with the ClickUp API here!

APIs are Changing the Face of Business

In economics, there is a very important concept related to technology: specialization. During the first and second Industrial Revolutions, businesses became more productive and wealth became more abundant because production could be broken down into tasks, laborers could specialize themselves.

Today we see a new Industrial Revolution, with cloud-based software and APIs. If one software company can spend their time perfecting a product, (like project management software) while outsourcing less essential tasks to third parties such as payment processing, they can create greater differentiation in the market and as a result, produce a better final product. APIs power this innovation by allowing for easy access to the necessary data for integrations to occur.

While APIs give way for more abundant integrations and a greater level of specialization in the market for cloud-based software, the result will be increased competition, leading to a higher quality of software applications offered with a decrease in the overall price. More available integrations mean greater empowerment for tech entrepreneurship since specialization also will lower barriers to entry into the software market.

Keep an eye out for more buzz around the capabilities of APIs, as they become a bigger and bigger part of how all software companies do business.

At ClickUp, we believe making our platform more open and extendible is the key to future success, and we’ve got some game-changing news related to this in the near future!

The Ultimate Guide to Agile Epics

20 Simple Gantt Chart Examples for Everyone

Project Deliverables: What They Are & Why They Matter

What Is Work Management and How to Implement It? (2021 Guide)

Agile for Agencies: How Gabriel Uses ClickUp to Implement Scrum (for Digital Agencies)