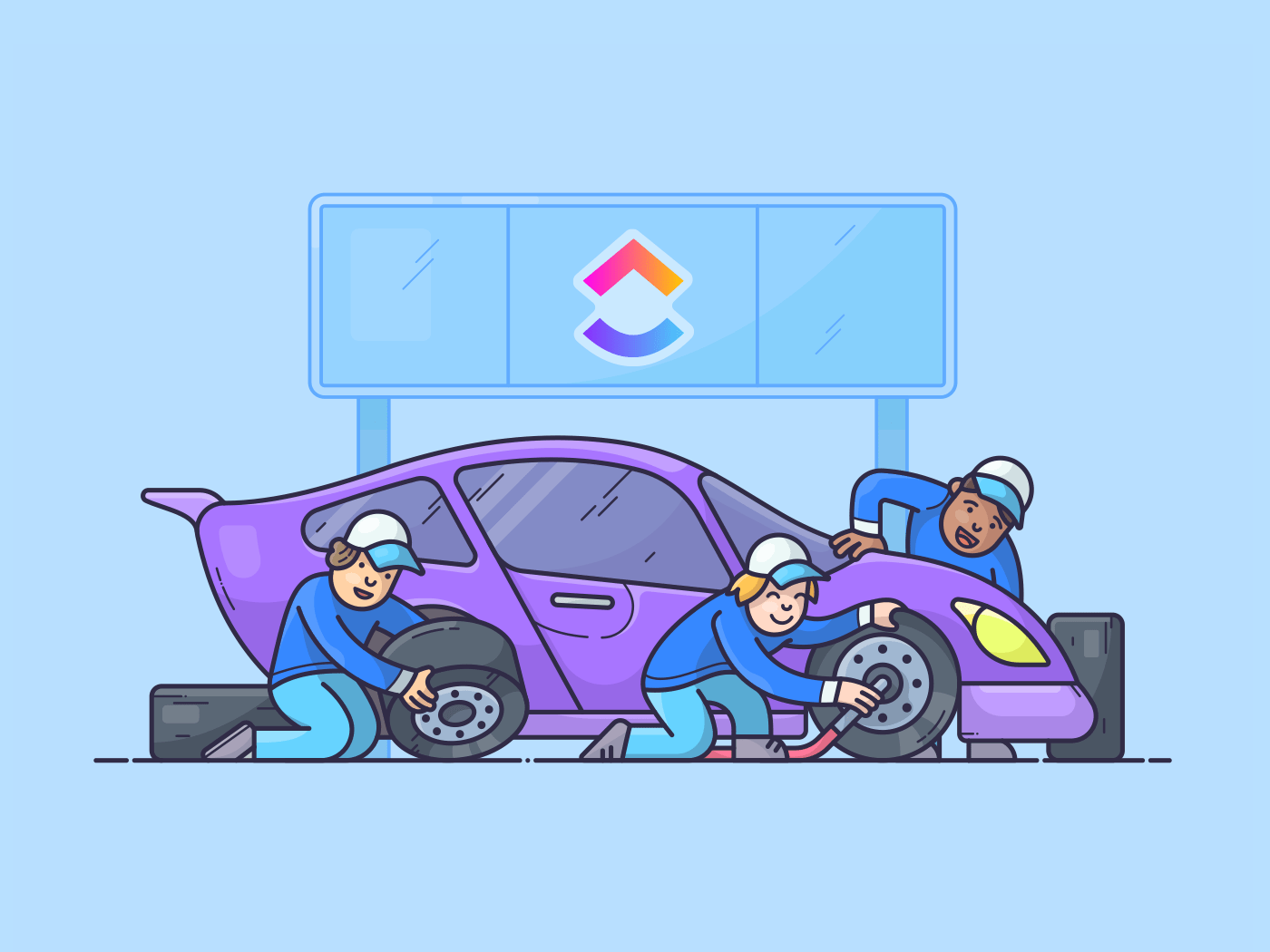 9 Team Norms To Help You Create a High-Performing Team

How should a person be?

Besides the title of a really great book, that’s a question for our age it seems. We’re confused about our personal and team interactions with media, digital sharing and even our political systems in flux.

Some norms are changing for the better, some of the norms that should probably stay unchanged seem to be fading.

For companies, it is difficult  when employees come from such vastly different backgrounds and experiences.

So then we get to the next question–how should a team be?

To collaborate more effectively, you’ll need to be more overt about the rules of decorum, so to speak. And I’m not talking about business casual dress or age-appropriate cool hoodies.

Instead, you should establish ground rules for interaction, especially during meetings.

In this post, we’ll discuss the meaning behind team norms, how they can help and what they should be.

What Are Team Norms?

Think of team norms as guidelines for civil discussion to ensure that multiple points of view are offered and discussed, not just by the most dominant people in the right.

The Harvard Business Review defines it this way:

“Group norms are a set of agreements about how [team] members will work with each other and how the group will work overall. These agreed-upon behaviors allow the team to increase its collective [team] performance through healthy debate and clarity of purpose and roles.”

I like the last part: “healthy debate” and “clarity of purpose.”

What Are The Benefits of Team Norms?

Office politics can sometimes obscure the real reason to be productive–to get work done and do something great. If instead, it’s about positioning for the right promotion or being in the right place at the right time instead of doing the right work, it can be dispiriting for any worker thrown into that situation.

Team norms hope to dispel that and offer a more level (…not perfectly level, who are we kidding?) playing field for making big decisions.

High-performing teams don’t happen by accident. Instead, they’re cultivated over time. And though hiring is important, what about mentoring and developing a future team leader?

Sometimes we think the right hire is right around the corner, but oftentimes you can work with the team you have to really create beautiful and meaningful projects.

One of the big principles of team norms is that they usually provide a pathway for everyone to participate or chime in. By clearing out a space for everyone to contribute, the participants feel more invested in the organization and the decision, even if they don’t necessarily agree with it.

Patrick Lenconi’s seminal book, The Five Dysfunctions of a Team identifies these key areas for why teams fail. They are:

Team norms establish a firm foundation to limit those dysfunctions and builds trust to help effective teams function at their highest level.

Once these issues are confronted and discussed (there are exercises in Lenconi’s book for making these happen) then you’ll probably come out with a few guidelines to start. These may be your team norms over time, but they could start as an experiment to see how they work.

What Should The Team Norms Be?

It’s ultimately up to your group to decide and think about how the list of team norms should be developed and enforced for your group.

Maybe it’s putting a dollar in a hat for every phone check during the meeting. Maybe it’s a stiffer fine for any personal insult. Maybe it’s listing your wins so everyone can celebrate. Or maybe it’s celebrating regularly with one of these team building activities.

Here are some suggestions to help you create team norms:

If your team has a problem with too many meetings, consider implementing an advanced agenda rule. In this case, anyone who calls a meeting must provide a detailed agenda up to two days in advance. Is that more work? Yes. And that’s the point.

If an advanced agenda is a team norm, a team member will only call meetings if it is truly needed–and are willing to put in the work to create an agenda.

In addition to an agenda, send reports and presentations ahead of time as well to help facilitate the flow of information and gives each individual team member time to digest it and think about recommendations.

This provides all team members ample time to react and develop better ideas rather than having to reconvene yet another time to come up with a solution. This is one of the techniques that Mark Zuckerberg implemented at Facebook to help their meetings run more efficiently.

Made famous by Jeff Bezos at Amazon, this is the idea that no meeting should have more people than two pizzas would feed. In this environment, teams can be more collaborative and work together and gives everyone ample room and time to speak their mind.

With less people, items on the agenda (provided in advance!) will move faster.

Oftentimes groups are so nervous about empty time, that their hot air bloviating fills the time instead. This isn’t productive; it’s distracting.

Just because someone is talking doesn’t mean they have the best ideas.

Silence lets ideas marinate and gives the more introverted time to think and speak. But notice I described silence as “constructive”? What often happens is that leaders take silence as agreement. That could be your team norm.

Or you could verbally ask everyone to assent to the plan. But the team leader presenting could also offer two to three minutes just to think about the idea and have people jot down ideas. This may help teams clarify their thoughts before speaking and is “constructive.”

If your team adopts this as a team norm, be prepared for some uncomfortable situations! This happens bBecause no one likes to be called out for speaking too much, especially if it’s the CEO or the high-ranking VP.

For this to work, everyone has to be on board and in agreement about what is “fair.” It’s not only about limiting how often people speak, but also giving others a chance to speak as well.

One idea to accomplish this is giving to give everyone only two or three opportunities to speak, depending on the group size. Give everyone a ball, markers, pens or other common objects and once they speak they have to place their item in the middle. Once they use all two or three, they’re done.

Money is nice, but it also feels very obligatory and individual. It’s great for your team to celebrate together!

What does this look like for your team? It could mean drinks out after a big release, an ice cream party at the completion of a campaign or a fancy celebration when sales meets its goals. Or it could be smaller like a few Starbucks gift cards for a job well done. Creating an environment of encouragement and celebration gives a sense of appreciation beyond the paycheck. According to a survey by Front of what the best teams do differently, 82% of high-performing team members often or always compliment their teammates, compared to 71% of members of other teams.

Some team members may be more skilled in a certain area even if their position isn’t as high. High-performing teams are aware of the strengths and defer to each other when the conversation turns to their expertise.

But if you’re a new team or have new team members, do you share everyone’s resume? Possibly. Or beyond titles, you could have team members take surveys about which areas they’re most interested in or divide up the work based on general interests and then have team members research specific topics if no one is a specialist.

This isn’t a team norm for meetings, but for how your team finishes tasks and work. Create one source of information for your team to get details, specs or other project details that will keep you organized. This is one of the top advantages to using a project management software.

The best choice for this is project management software like ClickUp, which has a powerful hierarchy and structure to guarantee your team is as organized as can be.

A one-stop shop for information stops your team from hopping from their knowledge base over to email over to Slack. A project management system is the best place to keep action items and next steps.

If big decisions are on the line, you could limit the use of technology in a meeting to keep everyone focused and to help bring the best ideas forward. If someone violates the rules, enforce a penalty on their behavior–like adding $5 to the next team celebration. Everyone needs to be in agreement with this, even top executives. If they take it seriously, then everyone will.

With these group norms and guidelines, you’re putting your team in a better position to succeed. It cuts out some of the frivolous nonsense that can occur during colleague interactions and helps promote a culture of productivity.

Because ultimately that’s what high-performing teams are judged on, right? How much they get done and their impact on the company. Fostering the best environment for that to happen is what you’re aiming for.

Team norms may seem like a waste at first. Not everyone will get it or understand why you need them. But here’s a challenge: try it for a month and see if the habit sticks.

Get your team members to reflect on the process and “measure” your team performance. This may be a subjective process

Let’s recap why creating a list of team norms for your company can really benefit your team members:

3. Have smaller meetings with the two pizza rule

5. Helps your team be self-aware

With these protocols for team behavior in place, your team will get a different benefit: psychological safety. Your team will be heard, understood and that the best ideas and experience will rise to the top.

How will you implement team norms within your group, team, business or company?