We raised $100M in our Series B to accelerate ClickUp’s mission of making the world more productive.  Read why
2 years ago

90 Amazing Teamwork Quotes To Inspire and Motivate Your Team 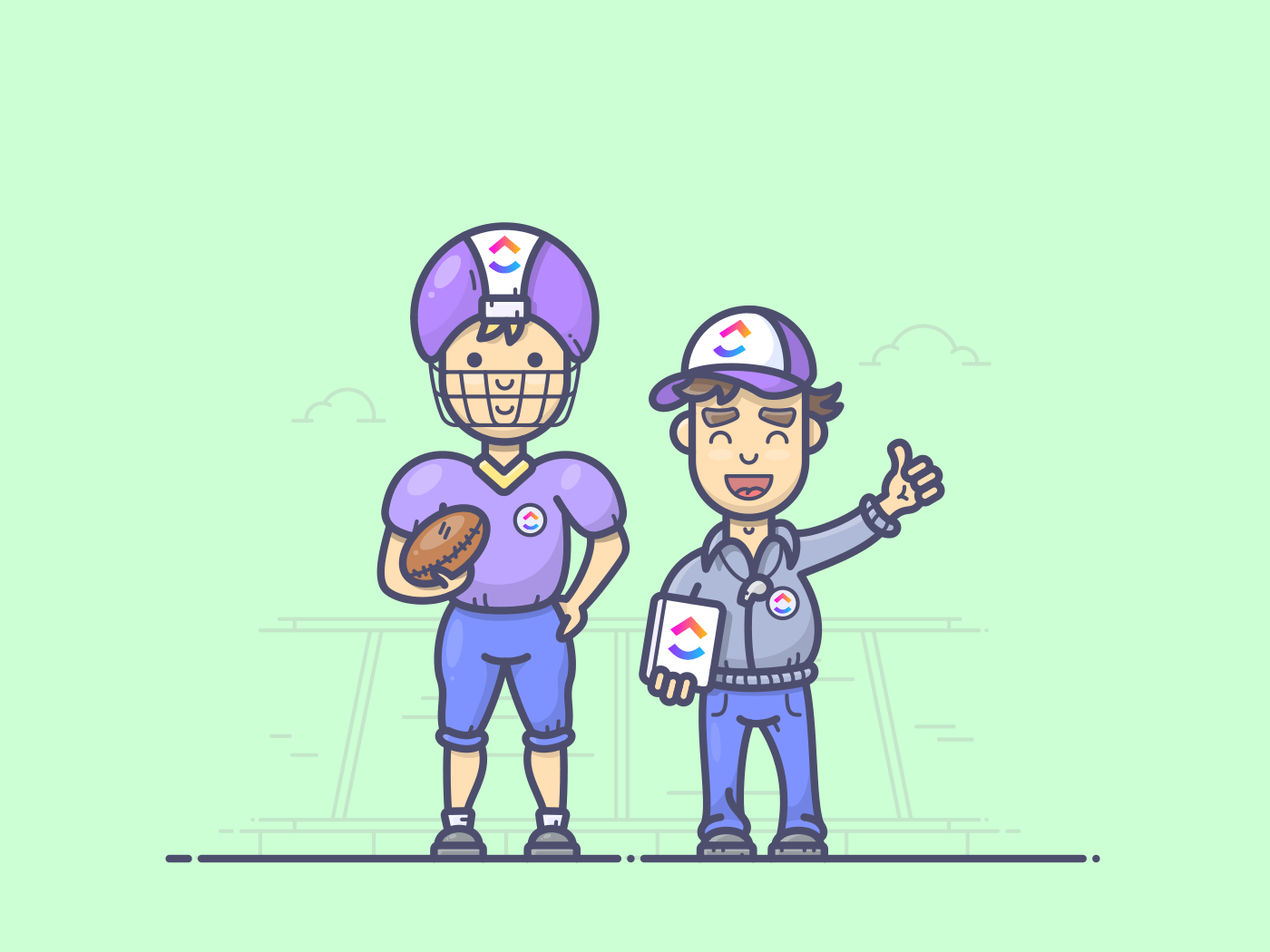 Need some powerful teamwork quotes to inspire and motivate your team?

Don’t worry, we’ve got you covered.

This article contains 90 motivational teamwork quotes to inspire your team to strive for greatness.

Our selection of team quotes and sayings cover the following aspects –

(Click on the links to jump to a specific section)

We’ll also give you 10 actionable tips that you can employ to get the best out of your workforce. By the end of this article, you’ll have a selection of team quotes and tactics to create a highly motivated team that’s designed for success!

Inspirational Quotes About Building A Successful Team and Business

Inspirational Quotes About Pushing Yourself

Motivational quotes to inspire your teammates are a great way to galvanize the troops, but they aren’t enough.

No team has ever been built on a proverb or a selection of team quotes and sayings.

What you need are actionable changes to your workplace that foster effective teamwork and collaboration. Once you have a team-friendly workplace, you can use quotes about teamwork to maintain those levels of productivity. Here are 10 tips to create a dream work environment that’s tailor-made for effective teamwork:

Poor communication isn’t the biggest roadblock to creating a dream workspace for team building. The biggest deterrents to effective teamwork are skill gaps.

You could have teammates that love working alongside each other, but talent wins in the end. As long as they’re in roles that don’t suit them, you’re going nowhere.

No amount of camaraderie is going to help an employee succeed in a role they’re not built for. Having the wrong employees in the wrong roles will drastically slow down your team’s progress. This will lead to widespread resentment and frustration among your employees.

Not the ingredients you want when building a successful team, right?

A good project management tool can facilitate effective teamwork in your organization. It’ll give your organization the structure it needs to support a collaborative effort on all your projects.

With ClickUp – a free project management tool used by Nike, Airbnb and Google, you’ll have everything you need for effective teamwork.

ClickUp has everything you expect in a productivity tool:

But that’s not all. ClickUp also gives you these powerful collaboration features:

With ClickUp, you’ll have all the features you need for inspirational teamwork to take center stage at your company. Why not sign up today and take it for a spin?

3. Take Time To Get To Know Them Personally

Treating a group of people as cogs in a machine will only get you so far. It’s only when you start looking at them as human beings, will you take your team to the next level.

It’s a great way to build a strong relationship with each employee and make them feel valued as a team member.

4. Use Each Employee’s Strengths and Weaknesses To Your Advantage

Once you know an employee personally, you’ll have a better idea of their talent and individual strengths and weaknesses. As each employee brings something unique to the table, it’s up to you to decide how to get those skills working together.

Organize your team and company work processes to get the best out of each employee’s strengths and weaknesses. Once you’ve mastered this, your team will be working together like a well-oiled machine.

You need to establish clear-cut, long-term company and job goals. Without this, it’s impossible to keep all your employees on the same page.

The best time to introduce these job goals would be during your hiring process or as part of their onboarding activities. Communicating this vision at the start is a great way for an employee to quickly adjust their personal goals to what’s expected at the company.

This ensures that everyone is working on the same wavelength, which makes it easier to work alongside each other. As they’re all striving towards the same company goal, it’s easier for them to collaborate and accomplish things together.

While creating a common goal is important, good leadership needs to establish a set of employee roles too. This will dictate the path they take to chase your long-term vision.

Without a clear-cut reporting structure, it’ll be impossible for your team to get anything done.

If there’s a company work problem:

Answering these questions ensures that your team’s progress won’t come to a grinding halt every time an issue pops up. Your team will know exactly what to do and can steer ahead easily.

Your team needs to have the confidence and comfort to voice their opinions and ideas. You must create a work environment that encourages feedback and allows people to express themselves in a safe, respectful atmosphere.

Once your employees feel comfortable expressing themselves, they’ll find it far easier to work together as a great team.

8. Use Brainstorming As A Team Building Exercise

Brainstorming sessions are the perfect place for leadership to encourage teamwork and communication. Pay special attention to team members who have a hard time speaking up and voicing themselves. This is the perfect platform for them to build their confidence and to get them actively contributing.

Treat every idea in a brainstorming session with respect and never shoot anything down without a clear reason. Remember, you’re using this to encourage employees to speak up – dismissing their contributions without a valid reason is the quickest way to alienate them.

When done right, a brainstorming session is a great team building activity to get your employees actively involved in a project and make them feel valued in your company. The more invested they are in a project – the better they’ll perform!

9. Don’t Limit Yourself To The Office

Building an open and inclusive workplace is an important part of fostering effective teamwork. However, it’s often not enough.

Because at the end of the day, it’s still a workplace. It’s uncommon for employees to let their guard down and get comfortable in a space they associate with work.

That’s why an out-of-the-office game or trip should be a core part of your team building strategy. Once you’re out of the office, your employees can loosen up and really get to know each other as common people. They can bond over things unrelated to work and forge a connection that’s far stronger than your usual group of people working together.

10. Include A Teamwork Component In Performance Reviews

Including a teamwork component in your performance reviews is a good way to show your employees that you take this seriously. It lets them know that teamwork and collaboration are key parts of their growth in your company.

Go over an employee’s teamwork contributions during their performance review and outline their strengths and areas of improvement. This gives them a teamwork-related target that they can work toward in the future.

Never underestimate the power of teamwork. It has the capacity to be a determining factor in whether your business succeeds or not. It’s important for leadership to create a dream work atmosphere that encourages healthy teamwork and collaboration.

With that in place, use these teamwork quotes and sayings as a catalyst to motivate your team members and keep them committed to excellence.

In the meantime, why not sign up for ClickUp and harness its team-building potential for your team? 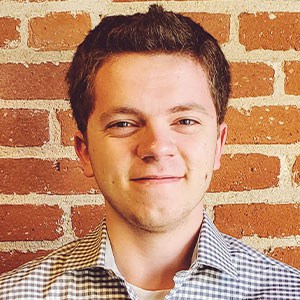 Zack is a Client Success Champion at ClickUp, where he supports teams around the world to be more productive. When he’s not helping clients solve the worlds problems he is watching movies and hanging out with friends and family. If you are lucky you might also catch him DJing at your local nightclub.

Woohoo!
You're on the list. We'll send you an
email as soon as ClickUp is available.
Wrong email?
Sign up for FREE
and start using ClickUp in seconds!
Please enter valid email address