Mondays have suffered a branding crisis since sometime after the Babylonians named it and before Jim Davis created a cartoon cat whose entire personality was based on hating it.

Monday is seen by many as the Karen™ of weekdays, there to crush your spirit with its smug self-righteousness and pro-bootstrapping rhetoric.

But really, it’s just another day.

Let’s break down the reasons why hating on Mondays has become the mass-marketed cultural phenomenon it has, but more importantly, explore some ways to reclaim the narrative and start taking back Monday.

No, seriously. The words “Monday” and “lunacy” both have a common etymology: both are derived from the Latin word for “moon,” which has long been (incorrectly) associated with madness.

In many cultures as well as in astrology, the moon represents emotions, change, and the chaos that can come with the two. It’s also closely associated with feminine energy, which adds a teeny toxic sprinkling of misogyny to the moon’s inky reputation for being a time of mood-swings, but that’s a whole other blog post. For now, let’s focus on Moonday.

Knowing all of this, it makes sense that the word “Monday” seems to evoke an emotional response from people, and there’s certainly no shortage of proof that the cultural milieu has co-signed the “Mondays Suck” propaganda. But even if it’s written in the stars that Mondays are going to be times of strong emotion or change, why not work with it rather than fight it?

“Crazy”, of course, meaning the unexpected, the emotional, and the new things that make life the thrill-ride it is. Mondays are seen as the start of a new cycle; one of the most powerful ways to assert control over each day is to try to change how you view, well, change!

While evidence is inconclusive as to the moon’s actual influence over human moods or sleep patterns, there’s no denying that an end to the weekend with an onslaught of emails is a buzzkill. The trick is to focus more on the opportunity of what you can achieve rather than the belief that you aren’t more than equipped to confront your inbox and start kicking some ass.

Growing up is rough. For example: “Grow up!” is an insult. People “grow tired” and “grow old.” I am supposed to “grow out of” listening to pop-punk music from 2002.

Adulting, of course, refers to doing all the things you have to do that you probably don’t want to do. The mark of maturity is doing those things without being told to, and without throwing a tantrum. Monday is practically the patron saint of that.

The infamous “case of the Mondays” scene in Office Space perfectly satirizes the ennui of adulthood in jobs that snuff out our free-spirited individuality and mock our festering malaise that crops up as a result of it. But what can we do about feeling repressed in our grown-up jobs that serve to support our grown-up lives?

You can start by loosening up a little, you silly freakin’ goose.

Dolly Parton said it best: “Don’t get too busy making a living that you forget to make a life.”

Of course, it’s important to fulfill our responsibilities and to support ourselves and our dependents (someone has to put my dog through college!) but the weight of adulthood is sure to become too heavy without some light-hearted relief.

Something that helps me is never forgetting the yin yang nature of life; good and bad (however we define it) will forever exist in a balance while both containing a little bit of each other. For every annoyance that comes from being an adult comes a freedom.

Embrace that grown-up freedom while holding onto the things that made childhood magical: being imaginative, eschewing shame, and having fun whenever you can. Dare to share your big ideas with your manager. Set your Zoom background to your favorite nocturnal marsupial. Tell your boss you have a hard-out at 6pm because your work is in and it’s time for The Bachelor. Live a little.

Mondays can be a true system shock. After two blissful days of catching up, relaxing, and doing you, suddenly that alarm hurls a shoe at your slumber and now you’re facing a day where you have to be organized, productive, social, and highly caffeinated. You have to hang up your weekend horns and put on your Monday halo and suddenly assimilate to the Professional™ version of you for the majority of your day.

Or, you can just make a little time on your days off to set yourself up for an easier transition!

👉 Check out these top Monday alternatives!

I am a staunch believer in a good work/life balance; this looks different for everyone, and not all jobs make it easy. But there are things you can do in your personal time to put your future self in a better position for Monday work time:

4. Mondays don’t let you turn your brain off

There’s a legitimate reason why fabulously trashy reality TV stars have beaten talented singers and brilliant actors at the fame game, and it involves capitalistic societies sending so many mixed messages to people about success that we often want to just numb our brains with escapist surreality. We also love trainwrecks.

But if we view Mondays as the starting gate to the rat race, it’s no wonder we crave the ability to shut out that pressure by any means necessary. In times like this especially, unproductive distraction is quickly becoming the new iteration of “self-care”, which is why it’s more important than ever to make daily mental rests as essential and normal as brushing your teeth.

“Brain breaks” have long been known in the world of elementary school teaching, with the term largely relating to the importance of growing minds having sufficient breaks between diving into totally new subjects. It’s also a concept that can help grown folks!

Remember: the point of a break is not to simply stop what you’re doing for a minute, but to allow yourself some time to recharge and rest your mind. The goal isn’t to distract yourself from your tasks, it’s giving yourself the opportunity to return to your task with renewed focus, energy, and motivation. Burnout is real, and things like meditation, going for a walk outside, or carving some time in your day to just completely log off are crucial for making the jump from weekend to weekday easier.

For many people who work on weekdays and have off on weekends– especially to those who are particularly dissatisfied with their jobs- Mondays can feel like the grueling start of a week filled with lunacy, adulting, boredom, and always needing to be “on.” Having two days off and 5 days on increases the value we put on those two days, which in turn increases the comparative contempt we have for the others, and the leader of those days specifically.

Aside from just quitting any semblance of life where the concept of business days exists, there is one way to fight the feeling…

Boss tip #5: Remember that time is an illusion

What, too esoteric? OK, let me put it this way: the reality of how draggy and miserable the first day of the work week will be is all in your perception of it. True, facing that day may involve getting up offensively early, dealing with low-talkers with coffee breath, or having to stay on hold with the credit card company, but the discomfort of these moments is temporary, and they too shall pass.

Everyone has experienced something that made time feel like it was moving in slow-motion, or went by in a total flash. In fact, scientists are still trying to figure out exactly why a day feels short yet a year feels like an eternity to a kid, but to an adult, years seem to fly and certain days (ahem, Mondays) can seem endless.

Perhaps it’s because adults can so easily fall into a daily grind that makes the days blend together, or perhaps it’s the lack of learning or trying new, exciting things that used to be so commonplace in childhood. No matter what it may be, the truth is, time doesn’t change, we do. And that means we can change how we view time, how we spend our time, and how we prioritize our time.

At the end of the day…

What is life but a beautiful collection of good days and bad days? You never know, some of your best days ahead might be the very Mondays you dread. I’ll leave you with a poem about the week that I used to read as a kid. It was in a book of nursery rhymes with a terrifying illustration of Mother Goose on it that gave me nightmares, but anyway, it goes like this:

Monday’s child is fair of face,

Tuesday’s child is full of grace.

Wednesday’s child is full of woe,

Thursday’s child has far to go.

Friday’s child is loving and giving,

And the child born on the Sabbath day

Is bonny and blithe, good and gay.

Looks like our current version of Monday is just what Wednesdays used to be, and maybe in the future, today’s Friday will be tomorrow’s Monday. You never know, time is an illusion after all. 🙂

What is Resource Leveling? Project Management Techniques and Workload Templates

What is Workflow Management? Tips and Templates to Get Started 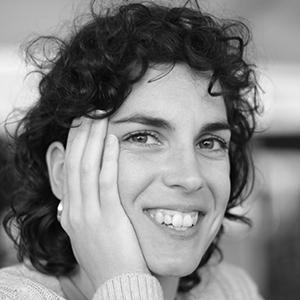