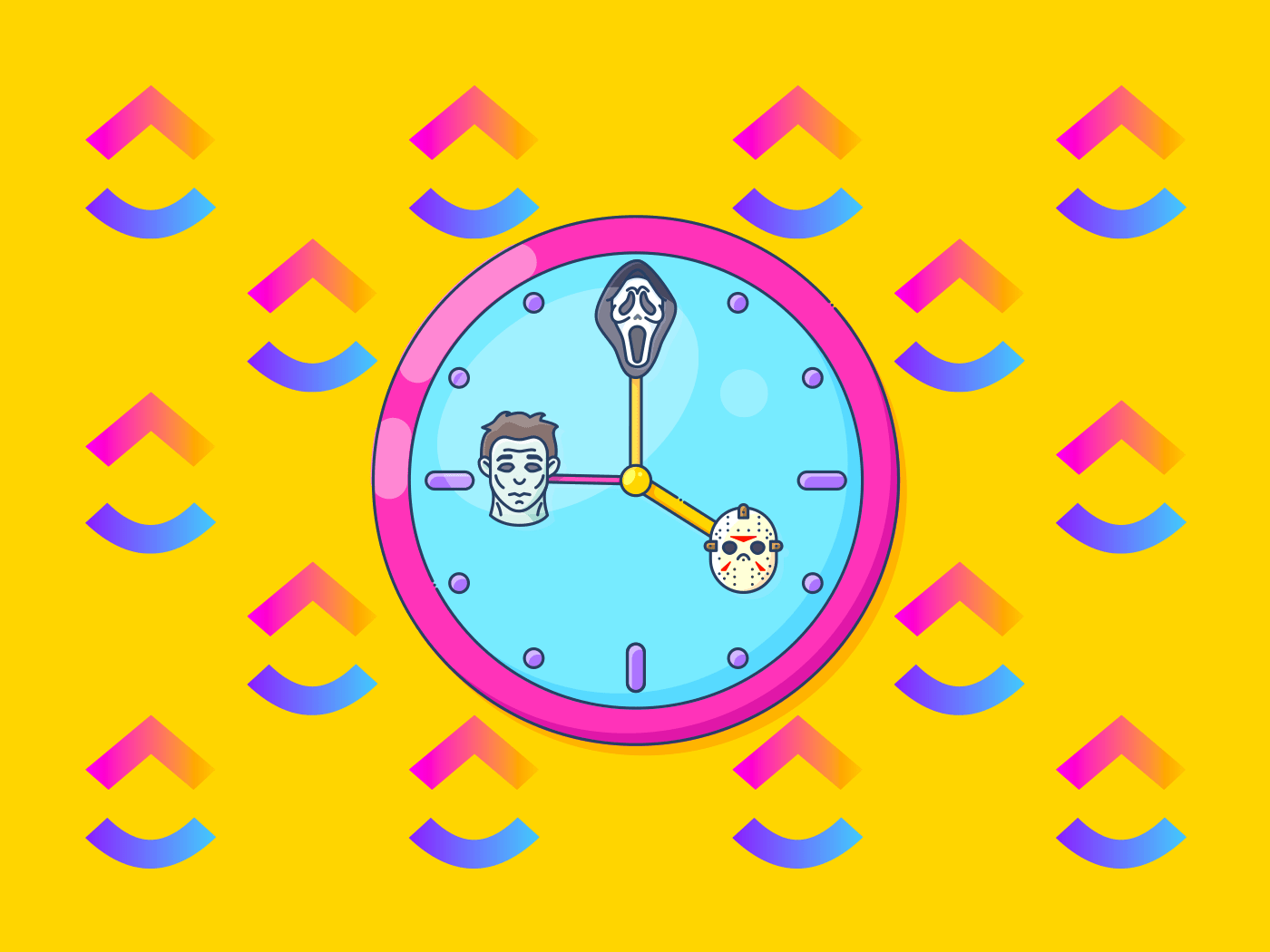 5 Productivity Killers and How to Overcome Them

When people think of “productivity killers” today, they often think of outside distractions.

No, not Michael Meyers creepin’ behind your sheets—think more like the lure of having your friends, entertainment, and information center at your fingertips at all times, or having your kids (human or furry) need your attention right when you’re getting focused.

But what about the times where you remove all distractions, strap yourself to the beast, and yet still end up feeling like you wasted a bunch of time?

That’s because the most insidious productivity killers aren’t lurking around you, they’re the calls that come from inside the house.

But don’t panic—that means you don’t have to go far to tackle them!

Here’s a quick rundown of some habits that prey on your productivity, and how to outsmart them for good.

Spending so much time worrying about whether or not you can do something provides you with your answer: you get nothing done by thinking about doing it, or worrying whether you can do it.

Self-doubt masquerades as a form of protection—key word: masquerades. When self-doubters begin clawing back to their comfort zones when faced with a huge task, they’re forgetting that actual growth, success, and confidence come from actually living to tell the tale.

The secret is, you don’t have to actually believe you’re invincible, you just have to do it. Self-doubt is like a boogeyman: the more you believe in it, the stronger its power becomes, and the tougher it is to kill. Instead of offering your anxiety as a tribute to your self-doubt, refuse to feed the beast altogether by just getting started with the first step.

And if you’re not sure where to start, never doubt the power in asking for help.

Everything that looks like a barrier to you is flimsy. You could knock every barrier down, but our obstacles look insurmountable from the ground level. You have to get altitude to see how easily every barrier in your way can be overcome.” —Liz Ryan

You don’t have to be an artist to yield the value of that quote; there must come a time where you put your impossible standards to the side in favor of completing a task and beginning a new one.

The trick with perfectionism is that it masquerades as objective excellence; peel off the mask and you’ll see that perfectionism is just a nice word for using the fear of disappointing others as your motivation.

As someone who is both prone to perfectionism and panic attacks, I’ve realized that they are sort of the same beast. Me having a panic attack on an airplane does not inherently make the plane any less likely to crash: it simply makes my experience on that plane more shitty.

Similarly, me spending ten hours on something that can be done perfectly well in five does not inherently make the finished product any better: it simply means I now have less time in the day for the rest of my tasks. It’s all about staying focused on growing 1% each day and letting that expertise show itself as it develops.

“I can accept failure. Everyone fails at something. But I can’t accept not trying.” —Michael Jordan

It’s easy to fall into the trap of feeling like you need to be saying yes to everything that’s presented to you in order to appear like a capable, self-starting employee. But here’s the secret weapon most managers won’t tell you: setting expectations and advocating for yourself is how you really demonstrate your value at work because that’s when you actually get more things done.

Learn from the situation and apply the lesson the next time—that’s how you appear like a capable, self-starting employee.

“I can’t ask somebody else to stand up for me if I won’t stand up for myself. And once you stand up for yourself, you’d be surprised that people say, ‘Can I be of help?'” —Maya Angelou

When we have a lot of unfamiliar work ahead of us, it’s common to be seduced by denial: the seed from which procrastination is sprouted.

“I’ll do this over the weekend.”

“I can get this banged out in an hour.”

“Let me finish this episode and then I’ll be ready to work.”

Procrastination relies on your ability to deny the key things that you need in order to complete a task at your best ability: a generous yet finite amount of time, and a clear, relaxed mind that can operate without hindrance.

Be honest with yourself about your priorities and respect yourself enough to honor them. If denial is a vampire, procrastination is what happens when they sink their teeth in. Once you make a habit of identifying when you’re in denial about work, the less likely you are to justify it. Consider that your wooden stake.

“You cannot escape the responsibility of tomorrow by evading it today.” —Abraham Lincoln

The final boss of productivity killers: the lack of holding yourself accountable for your actions (and inactions).

I consider this one the amalgamation of each prior productivity killer because it’s the doom you’ll face if you cannot vanquish the others: The more you doubt yourself, set impossible standards, disrespect your boundaries, and justify procrastination, the more you weaken the mental muscle that is holding yourself accountable for completing your to-do’s and achieving your goals.

But what if you, dear reader, think you might be struggling with self-accountability? Take it from someone who can relate: the first step is identifying it, the second step is getting some help.

Luckily for you, you don’t have to navigate very far for that help…

ClickUp, the all-in-one productivity app, has been my personal secret weapon for dismantling the bad habits I had that made healthy, non-fear-based self-accountability feel impossible to master. Having my goals and projects broken down into visual, totally flexible tasks has not only helped me become more productive but it’s also made me so much less intimidated by the idea of putting in the work required to reap the rewards.

“Accountability is the glue that ties commitment to the result.” —Bob Proctor

If you’re a genre nerd like me, you’ve probably picked up on the visual theme of this article: horror films.

If you think about it, horror movies and productivity killers work in similar ways; the impact they have on you is real, but not without having your consent first.

ClickUp has helped me defeat productivity killers like missing notifications, losing track of subtasks, or going through a million tabs to do one task…but what has truly made me stronger is identifying and working on the blockers within my mind.

Combining that personal knowledge with the right free productivity platform, I feel ready to take on anything.

The Top 10 Time-Tracking Templates for ClickUp, Excel, and Google Sheets