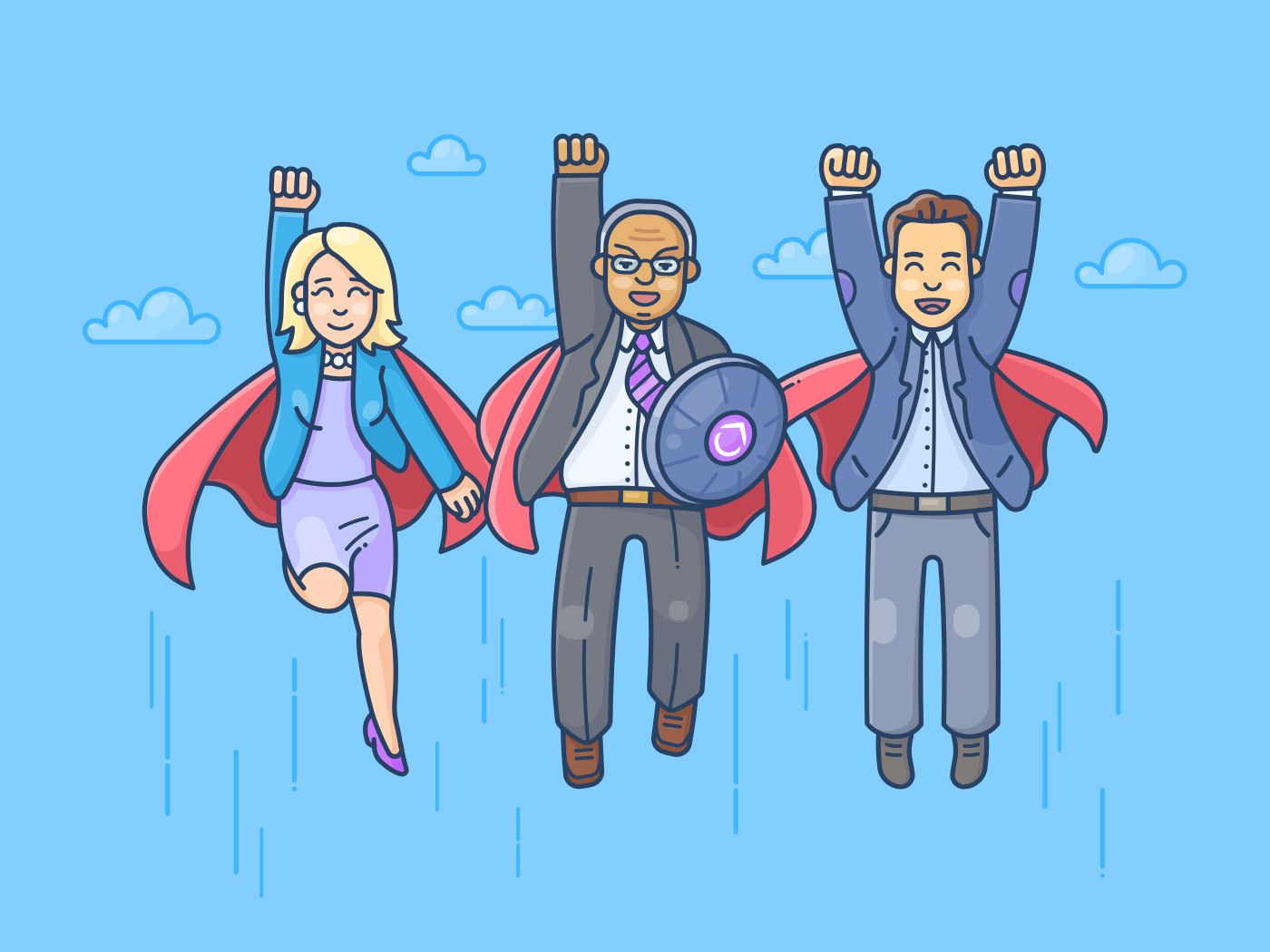 The Right Management Styles for You? 7 Great Examples For Leaders

Most people have no idea how to describe their “leadership” or “management” style.

It’s more of a personality thing than anything else. That said, society has been around for a while. We’ve seen lots of leaders come and go. Some of them have been wonderful, some have been horrible, and many times the value of the leader is in the eye of the beholder.

What do I mean by that? We each like different leaders based on our own personalities. Quite often, what counts as a good leader for one person is a complete turn-off to someone else.

However, there’s no denying that charisma, style, expertise and great ideas elevate some people above others.

In this post, we’ll dive into the specifics of different types of leaders and see which ones work best for finishing objectives and achieving goals.

Nah, this isn’t just about sports. Instead, it’s about finding the best skills in people and then encouraging them to take action. Coaching leaders look to what’s ahead, think about the future needs of the organization and prepare for that. Sometimes they have to make tough decisions based on situations that could seem in conflict with the personal coaching they’ve offered to employees.

But ultimately, an effective manager that adopts the management coaching style wants what is best for each person, no matter where they go from there. The best analogies for great coaches come from sports of course, but not every sports coach is good at the coaching management style.

I had a hard time finding famous coaching leaders, because often they put themselves behind everyone else, somewhat like servant leadership. They’re always cultivating people with professional development opportunities, and this often makes it a thankless job. To improve how you coach your employees, check out this great book, recommended by the ClickUp CEO, Zeb Evans.

Joe Maddon, Manager of the Chicago Cubs: Joe Maddon led the Chicago Cubs to their first World Series victory in more than 80 years, breaking the famous curse. But why is he a great coach leader? He won with young players that he helped groom.

Sheryl Sandberg, COO of Facebook: She’s been credited with helping Mark Zuckerberg grow up at Facebook, while also instilling a culture of inclusivity.

The autocratic leader demands their way or the highway, often causing more creative and skilled workers to chafe under their leadership.

Ultimately, they are good at getting their way–for better or worse.

These are the authoritarian leaders that are called “demanding” and “inflexible.” Collaboration is not their strong point.

But these leaders who demand authority can be good for employees who like routine and instruction; authoritative leaders are also great at making quick decisions. Autocratic leaders also offer close oversight that can move into threatening behavior. This then creates too many communication problems that could damage team morale.

Martha Stewart: The famous home-living magnate is smart and focused. She was also a demanding leader, who expected her staff to comply. She notoriously craved competition and didn’t handle criticism well.

These supervisors are focused on orderliness. Process matters. They follow a predetermined procedure and aren’t as interested in the opinions of their colleagues or subordinates. The letter of the law trumps the spirit of the law every time with this management style.

It’s a misunderstanding to think that this version of leadership is inflexible. The truth is, it’s very well-suited for crisis and situational leadership, which is why processes thrive in the military or with police. It’s really about moving fast in unison with a prescribed process in place, once a decision is made.

And granted, that style of leadership doesn’t work for all industries and doesn’t need to. Not all businesses face life-or-death situations, and it’s unfair for a manager to treat all situations like that when you’re dealing with widgets or whatever.

Colin Powell: Very much a military man, Powell also worked across the political aisles to serve and endorse presidents of all sorts. At the same time, he wasn’t deemed a hawk or a revolutionary, working closely in hand with the procedures and policies set in place by those above him.

Everyone gets a vote, right? Those that embrace the democratic style are happy to involve their staff in company decisions. If you opt for this, you are showing your staff that you trust them and admire their opinions and experience.

Democratic leaders believe that employees can largely govern themselves and you’re simply there to keep things moving.

Tony Hsieh of Zappos: This is one of the most famous styles of democratic management because it uses a flat management style for teams and employees, with literally no managers. It’s called holacracy. And even though many quibble about holacracy vs democracy, it fits as a broad example. Zappos is a huge experiment in holacracy and you should definitely investigate their approach for yourself.

These people are charismatic, extroverted and are “people” people with a broad vision. They come off as being kind-hearted and compassionate but could be a little cold behind closed doors. Their one-on-one skills may be a little lacking.

Leaders that fit this mold are usually front and center, with a commanding presence. These leaders sometimes (not always) use bombastic rewards to motivate employees towards goals, using their charisma to encourage additional motivation.

Elon Musk: He’s built Tesla and SpaceX partly based on his charisma and accessibility, along with being a fantastic visionary. Not every charismatic leader has that. He’s a personality that a lot of people in the business world want to emulate, and part of the reason for that is his outgoing (yet successful) style.

These leaders make an effort to develop a relationship with teams that create a feeling of safety, so everyone feels involved and able to contribute. It’s a participative style. They are great listeners and offer thought-provoking strategic questions to move the organization towards a bigger vision.

The final decision is not necessarily theirs–they are open to what’s best for the organization. Relational leaders encourage individual development alongside participative brainstorming and idea generation. They are great at reflection, learning from mistakes and two-way communication.

James Parker, Former CEO of Southwest Airlines: It seems somewhat of a cliche to put employees and customers first, but by all accounts, that’s what Parker did while at Southwest, helping to create the positive culture that they’re known for.

Leaders with this style give little guidance and want employees to react and make decisions on their own. The tools and resources are given, and then they expect results from those resources. Problems aren’t necessarily brought to the leader but are decided among the group as long as the issue gets taken care of.

This style doesn’t work for everyone or every team and requires a high degree of trust in the experience and knowledge of the staff.

Warren Buffett: Surprisingly, Buffett is well-known for his laissez-faire management style towards the companies he buys and owns. Many times, his purchase is an endorsement of what a company is already doing, so he sees no need to intercede. Of course, Buffett expects excellent results or he wouldn’t have such an amazing string of successes.

One thing to remember–more often than not, the best leaders will adapt as their teams, situations and company goals evolve. It’s difficult to say when and how a division head should employ a certain management style. There are pros and cons to all of them. You’ll have to get to know your personality and the personality of your team, along with the tasks and projects that must be accomplished.

Sometimes that may mean a heavy hand, other times a laissez-faire attitude. Many middle tier managers are driven by the concerns above them and those below, forcing them to be adaptable rather than rigidly adhering to a certain style. You may have to choose the most effective management style for the situation then and there.

That said, it’s important to know which styles are available and familiar so that you’re ready to utilize them when the time comes.

Which management styles have worked best for you and your teams?

What is Project Scope? Examples, Templates, and Resources to Succeed

Agile Workflow: What It Is and How to Implement It

The Ultimate Guide to Workload Management

How to Make an Impression on Your Project Kickoff Meeting

Managing Project Budgets: Tricks and Templates to Use

What is Resource Allocation: A Complete Guide for Agencies