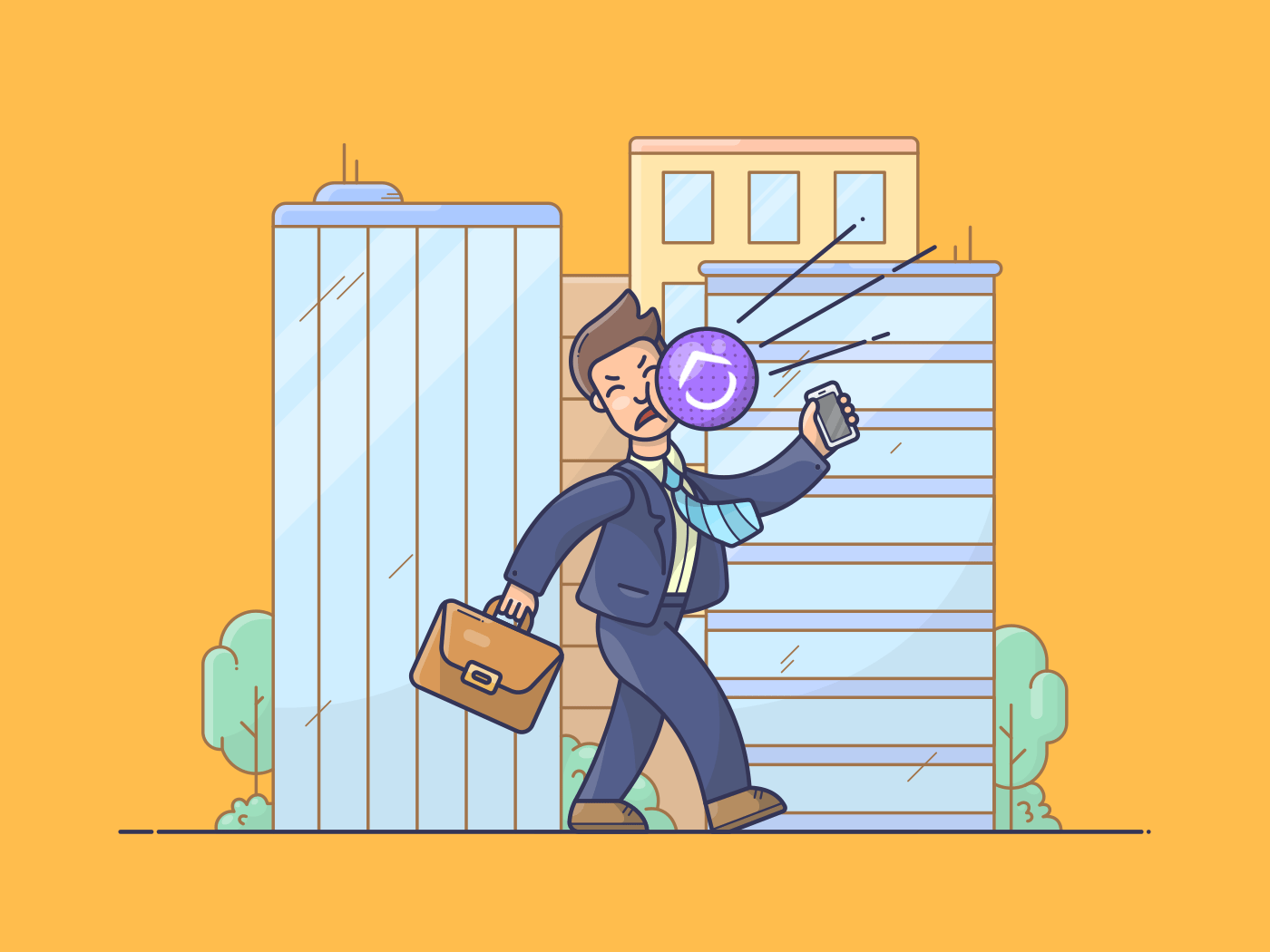 How Kickball Made Me Quit Finance & Start Software 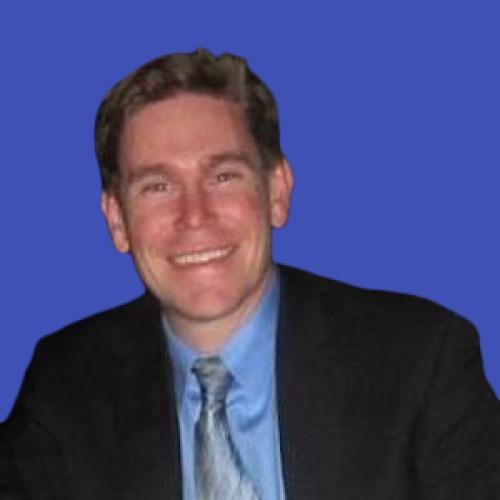 When I graduated from UC Davis back in 2004 (totally outing myself as the old man at ClickUp by a longshot) I really did not know what I wanted to do.  Being a lawyer always sounded impressive to me, so I studied for and took the LSAT right around the same time. I’ve always enjoyed doing logic problems probably because they come to me pretty naturally and I performed really well, only missing a few questions in the reading comprehension portion and scored in the 98th percentile.  If this wasn’t a sign that I was meant to be a lawyer then what was? Spoiler alert, it was not.

I got to law school and pretty much immediately knew it was not for me. The fact that I didn’t really enjoy and definitely didn’t excel at the reading comprehension stuff on the LSAT turned out to not be a good sign because that was all we really did there.  Long gone were the fun logic problems. I pretty quickly left and started looking for a job.

I was living in San Francisco and the majority of my friends were working in Finance.  I’ve always been good at math and enjoyed working with numbers so this definitely seemed like a solid plan to me.

I landed a job and it was fine, not very challenging but overall it was the right thing at the time for me. I was encouraged to try to find ways to make both my work more efficient and for my colleagues wherever possible.  There was a lot of manually entering data into spreadsheets going on in our department at that time. I started messing around with creating macros in Excel with Visual Basic and cut down hours of data entry in my workday.

With my newfound extra time I started doing the same for other people on my floor and before long I had people coming to me asking for my help.  I was really enjoying writing these macros and it was around this time that I remembered that I had taken a couple programming classes in high school and college and liked them, which was what gave me the confidence to take on a pretty big project.

A fun activity in San Francisco is playing in a kickball league (for those unfamiliar they are as much if not more, depending on who you talk to, about going out to the bar after with everyone than the actual kickball game).  I had played a couple seasons and was the volunteer President which meant I completely ran the league.

This was pretty ridiculous because I was a paying member while there were actual employees of this company who we never saw or heard anything from.  There was a lot about the way the league was run that I knew I could improve on very easily. It sounded like a really fun project to build a website where people could come to my site and sign up. At this time I didn’t know what I was doing at all. I went to Barnes and Noble and purchased a PHP and MySql for Dummies book (still own it to this day, lots of sentimental value!) and got to work.  This was how “The Commish” was born.

All my emails were signed this way and it gave me this weird mystery status that made people really excited when they found out who I was. Once they had this information they couldn’t help but yell out “Commish!” when seeing me in public. This peaked when my girlfriend at the time (now wife) and I were having dinner with our parents who were meeting for the first time at Bobo’s Steakhouse.  It’s a nice place and halfway through the dinner we all hear a group of guys at a nearby table going “Yo Commish!!!”. It was equal parts embarrassing and awesome.

My site wasn’t pretty, but it worked and that first season I had 10 teams sign up.  I kept working on the site and continued to add additional days of kickball. I added a dodgeball league, then softball, then basketball and volleyball, etc.  I eventually got up to 10 sports. I was doing this all on the side while I still had my finance job. There was no way I could continue to do both. I was running myself ragged.  Luckily they made things really easy for me as they decided our entire department was to be relocated, either move to Phoenix or Austin or get laid off and take a severance package. I think you can guess what I opted for.

My leagues continued to grow and eventually, I had no time to do anything but answer emails and do other administrative duties. This was not what I had in mind as the part of my company I had really fallen in love with was working on my website and I no longer had any time for it.

Side note: One of the many reasons I love working at ClickUp is our Customer Service group is next level. Things have to reach the engineers eventually because we aren’t perfect (darn close though!) and occasionally let some bugs slip into the app, but by the time things get to me it is laid out very clearly inside the task in our ClickUp space what I need to do.

The Next Step: Coding Bootcamp

I knew for sure I just wanted to code at this point.  I tested the job market a little bit and it was tough.  No CS education whatsoever, all I could really point to was my business, which people were impressed by, but definitely didn’t convince them that I was a software engineer.

I got a lot of answers like this one:

“Hi Scott, thanks for writing and I really enjoyed your answers! However, to be honest we’re looking for someone with a bit more experience.  Yes, it’s a junior role, but all of us have been programming since middle school (or earlier), and we’re looking for a similar profile in our next hire.”

This particular CEO was very nice and gave me a lot of advice, but overall I thought this response was total bull sh*t.  I mean, just because someone has been doing something longer does not mean they are better at it. Regardless, it was looking like it was going to practically be impossible to land a software engineer position the way I was going, and truthfully I wasn’t confident that I had all the knowledge and skills I needed.

I started hearing about coding bootcamps and this sounded like the thing for me! I got into Hack Reactor (I’m biased, but I also feel confident saying it was the best one.) shortly after and hired someone to run the sports leagues business full time. The next 3 months I hardly saw my wife and didn’t see any of my friends, but other than that part I loved every minute of it.  I was constantly around brilliant engineers learning an insane amount.

Why I Enjoy Being a Software Engineer

One of the many things I enjoy about being a Software Engineer is that it is so easy to continue to grow.  I’m constantly learning new things from blog posts, online courses, or just from reviewing code from other engineers at ClickUp.  I recently finished this NGRX Store & Effects course from Ultimate Angular and it was amazing.

I learned so much and I’m super excited to implement some of what I learned into ClickUp. I don’t remember the exact quote or where I heard it, but the gist of it is that a job is something where you’re constantly looking at the clock waiting for the end of the day and a career is something where your day is over before you know it.  When I was going to law school or working in finance, I looked at the clock A LOT!

These days I can’t believe how quickly the days go by. When I do look at the clock it’s because I’m hoping that it’s earlier than it always ends up being or because I’m wondering why I’m so hungry and I realize that I forgot to eat lunch. Out of high school I got into Cal Poly as a Computer Science major and it was definitely something I considered.  There were kind of two factors that stopped that from happening.

One was I took too long deciding on what school I was going to go to so I wasn’t going to be able to live on campus my freshman year if I went to Cal Poly. The other was I was an idiot who thought he was so cool and programming is for nerds, which is why I delayed making a decision for so long. I catch myself sometimes thinking I wish I had just done Computer Science right out of high school, but then I always remember how dumb of a thought that is.

I went down this amazing path and it’s led me to a career I love with a family I couldn’t ever imagine being without. Of course, that doesn’t mean I won’t give my two boys a little nudge towards coding early on (assuming the PGA tour doesn’t come calling)! Two and a half years and 8 months is probably a little too soon though, right?