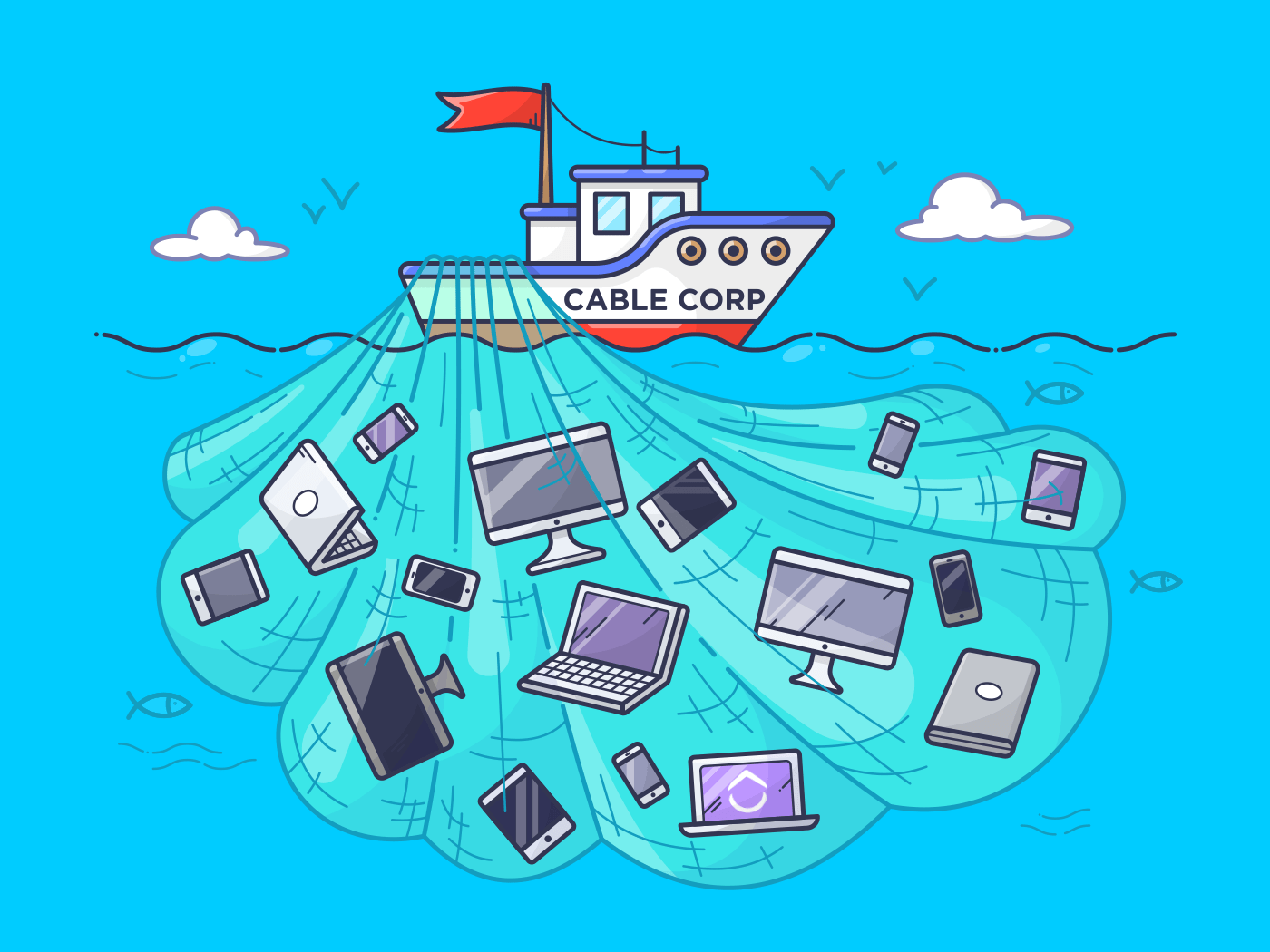 Getting Rid of Net Neutrality?

I realize my perspective is highly frowned upon in many social circles. It seems everyone wants net neutrality to stay and will passionately defend its cause.

Well, I agree I’d like a more fair and accessible internet. But I disagree on the path to get there.

I’m on the other side although I am in no way affiliated with either the right or the left, so it’s no political issue for me. This is only a position based on what I think will be best for our internet.

Let me start by giving my backstory as to how I fell deep into the net neutrality debate.

Several years ago, I started another tech company, and naturally, we needed highly reliable internet. Well, like everyone else, our options were limited to 1 or 2 horrible and expensive providers.

Since neither were reliable, we had to purchase both.

I also was so curious as to why Comcast has such shitty customer service and can get away with it? I mean seriously, they are the most hated company in the world.

This led me down the rabbit hole of figuring out why internet was so bad and expensive, in the country that essentially invented everything related to technology.

It became blatantly obvious we have one root problem: there is little to zero competition amongst internet service providers in most areas of the county.

So why isn’t there competition? What happened to local providers? Why do I have to choose between the monsters: Comcast, Time Warner, and AT&T?

Net neutrality is new, but regulating the service providers is not.

Laws limiting competition amongst telecom providers are nothing new – they date back to 1931 with the Federal Communications Act. And more recently, the Telecommunications Act of 1996.

These laws that regulate how infrastructure can be built and who controls it, are what created an opportunistic market in the first place that led to only a few major players.

Guess what net neutrality did? The 2015 act reclassified broadband as a telecommunications service and subjected the industry to creaky regulations written back in the 1930s. This being a most efficient government, it only took them 400 pages of bloated legalese to accomplish this. Now, this was no problem at all to the big cable companies, as they’re used to it.

Since lawyers are the most costly business expense today, guess who ended up paying the price for the legal bills to navigate these new regulations? Yep, we as consumers did.

Now think about the little guys – there’s no way for them to keep up with the legal requirements to abide by a 400-page document written in the 1930s. Not only did it stunt growth but this also prevents new players from entering the space.

So what’s the state of internet in the States?

Bad. We are #44 for mobile speed and we aren’t even top 10 for fixed internet.

And yet, keep in mind, we CREATED most of this freaking stuff! 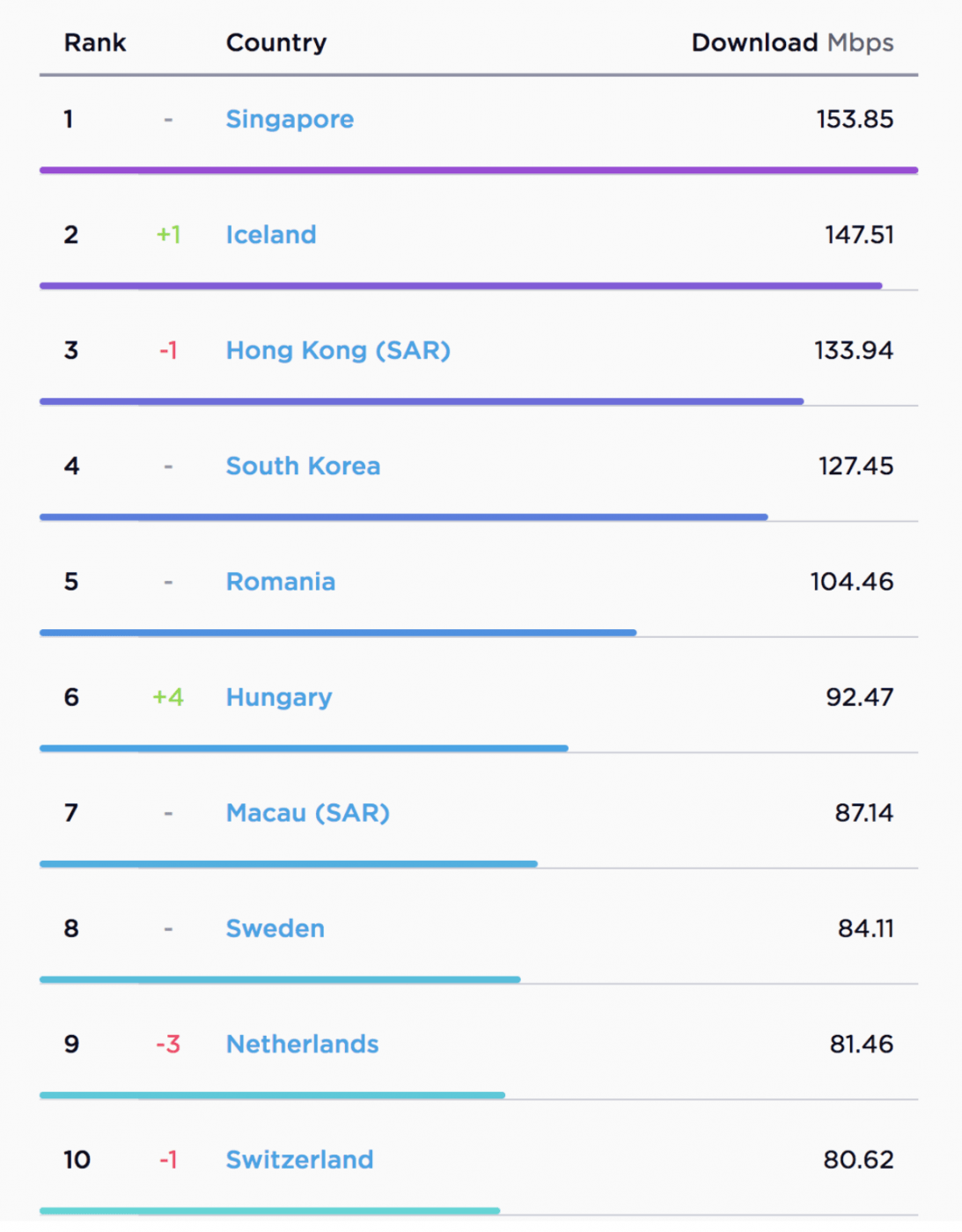 Why would anything be different now, if net neutrality was repealed?

What would happen without net neutrality?

What would happen without it? Well, guess what? It’s only 2 years old. That’s right, before 2015, we had no net neutrality, and was the internet doomed then? Nope, but it was still very much monopolistic, thanks to the framework of the Telecommunications Act of 1996 which limits how our infrastructure is used, and therefore limits competition.

Like most laws that are rammed down America’s throat, Net Neutrality’s name is highly misleading – and actually performs the opposite advertised function. Think: Patriot Act, Affordable Healthcare Act, Freedom Act.

It sounds awesome on paper – but what are the actual residual effects? What happens after the first level of implementation?

So what’s wrong with requiring all service providers have one “unlimited” package?

At its core, nothing is wrong with this. But think about what this limits us from. Why does the Internet start at $50 per month?

Why can’t I purchase a $5 per month package of Internet if all I do is email, work, and random Googling every now and then.

Why can’t poor communities purchase a package that is affordable to them? If you can’t afford the $50 package, then there is no other option. You simply go without internet. That’s not how it should be.

If we take away the requirement for providers to offer only one service level, they’ll start limiting my internet!

If this actually happened (which is highly unlikely), then it would be GREAT. You know what that means? As soon as Comcast removes unlimited service, then many other vendors will see the opportunity and demand – they’ll start offering you the unlimited service and at a CHEAPER cost.

In reality, this won’t happen because the big guys understand that point above and that’s why you don’t have to worry. You win either way.

Don’t believe me? The big three already released statements last week that they will indeed keep all current plans exactly the same. Now, I don’t actually believe that – as I see this as the next revolution of the internet.

My Predictions for 2 years from now. Internet will be:

If all of this is true, then why would Comcast advocate and push for keeping Net Neutrality?

This is an argument frequently referenced by the supporters of net neutrality – why do the big guys all advertise as committing to Net Neutrality? Isn’t it blatantly obvious? The big cable companies WIN when we retain Net Neutrality! And a double bonus, is they come off as altruistic to the public when defending it.

After all, let’s not forget that Net Neutrality originally limited the FCC’s authority to police predatory and monopolistic practices. Repealing this means that if Comcast (or any cable provider) engages in unfair or predatory practices, the FCC can intervene.

This is not the case when the internet is classified as a utility.

Plus, the FCC’s new rules require that broadband providers disclose all practices transparently. Thus cable companies would have to be transparent if they throttle content when users reach a data cap or if they speed up live sports programming.

The big cables guys know you’ll have choices now, they know you’ll know exactly what they’re doing (or not doing), and therefore will work harder for your business.

If repealing Net Neutrality isn’t all that bad, then why do most tech companies scare their users into thinking it’s the end of the world?

There’s three elements to this, in all fairness.

In all actuality, all of these things over time are good for the consumer. They are good for us. Yes, some of the old behemoths may see a dent in some of their monopolistic profits, but that won’t affect how we as users access the internet.

What else is good from this?

I predict that some companies will create optimized internet. I envision this as being fast lanes for “important” live programming and slower lanes for normal browsing. What does this mean? It means that your streams would no longer skip or cut out – they can optimize the allocation of bandwidth to improve overall delivery of the network.

Will it be perfect? No. There will be ups and downs in the near term. There will be high-profile cases of the big guys screwing consumers over, but in the end, that will be good as consumers will vote with their money. The cable companies will lose.

The free market will take a couple of years to get this right – to nail it for the consumer, but at the end of the road, there will be a more free and accessible internet.

In the coming years, we all will have a plethora of internet providers to choose from, many of them popping up as wireless, causing a massive increase in speed and an unprecedented decrease in price.

Something smells fishy when the only two companies that want this are Comcast and Verizon. Should be a red flag. Do you think they want competition against them? Seems highly unlikely. Something isn’t adding up.