The Best Business Podcasts for 2019 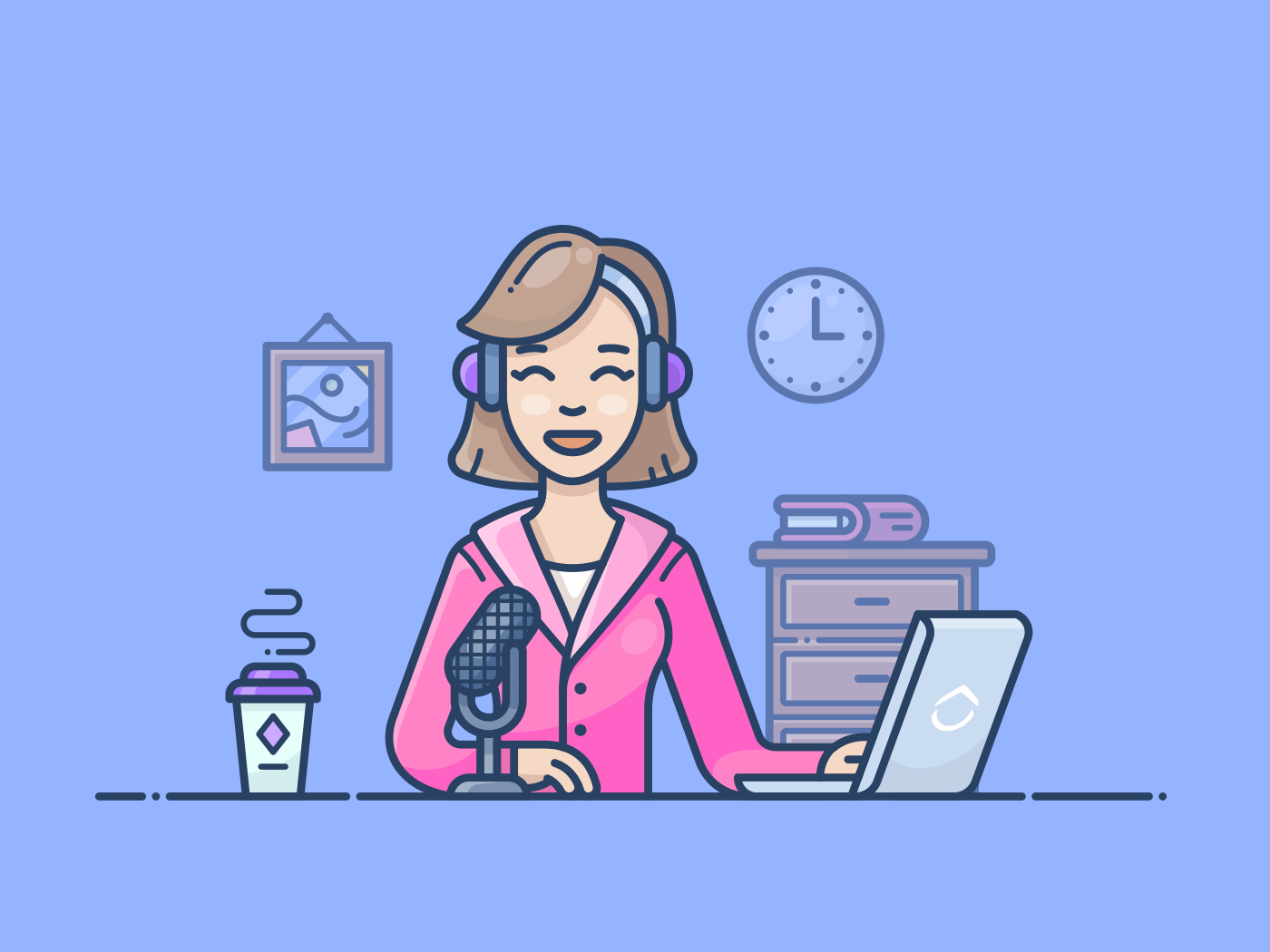 Our team at ClickUp loves learning new things. Finding that extra competitive edge drives us. If you are anything like us then you probably already listen to podcasts, but if you don’t, you really need to. In fact, the only downside to listening to podcasts is that there are too many of them!

If you find yourself with some free time, in an Uber, riding a train, or commuting in the mornings and afternoon, you’ll need some great podcasts teed up. Our team offered some of their favorite business podcasts. Which ones do you suggest? 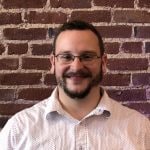 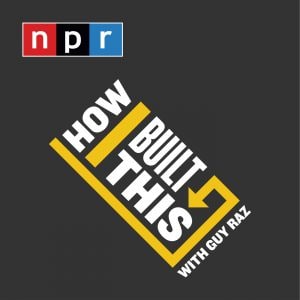 How I built this with Guy Raz

This is an NPR production with the very talented Guy Raz. The entertainment and production value alone was enough to sell on this podcast. Episodes run between 35-60 minutes on average and detail the trials and tribulations of being a successful entrepreneur. From Power Rangers to Slack find out what happened on their rise to the top. I don’t think you have to know anything about business to enjoy your time with Guy. In fact, I think that everyone, regardless of occupation, should listen to at least a few of his episodes.

2. Masters of Scale with Reid Hoffman

I have to admit that I am a bit of a Reid Hoffman fanboy and this might be my bias showing through. Not only is Reid a joy to listen to in general, but he also happens to be one of the most successful people in Silicon Valley. If you didn’t know, he was the executive VP when PayPal sold to eBay and went on to found LinkedIn. It’s not every day you get to pick the brain of a billionaire but here we have it. Reid interviews the who’s who of the business world and uses his personal relationships with many of them to create a unique experience.

With 2041 episodes already available you know John Lee Dumas has to be doing something right. With an infectious energy and a non-stop barrage of information, it’s hard to be bored. This is another podcast using the tried and true interviewer-interviewee format, but JLD really makes it his own. The way he creates an immediate rapport with his guests is almost as important as the information he is getting out of them. I would have thought that quality might suffer after 2000+ episodes but that couldn’t be further from the truth. This is a well-honed podcast that is entertaining from start to finish. 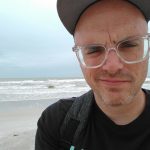 This podcast comes from Andreesen Horowitz, the famed venture capital firm. This podcast goes in-depth on broad issues that may affect the future of tech, while also keeping the big picture in mind. For example, they interviewed the former president of Stanford, John Hennessey about not only his tech career but also how Stanford molded the modern tech environment. Yes, they do talk about growth and marketing but aren’t afraid to tackle the nuts of bolts of creating either. 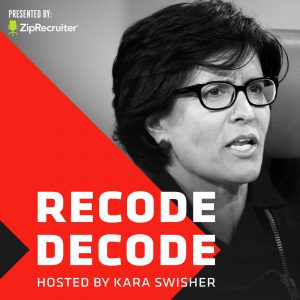 Kara Swisher is probably the most connected reporter in Silicon Valley. Though she is one of tech’s original superstar journalists, she’s no cheerleader. In fact, she’s very concerned about the impact rapid technological growth has had and isn’t shy about taking those leaders to task. And those leaders still talk to her. She’s made news with interviews with Mark Zuckerberg, and also dives in deep with every leading policymaker or tech entrepreneur. This show isn’t about tips to improve your startup or to do better in business but rather focuses on the issues and backstories of successful companies.

Host and IndieHackers founder Courtland Allen take time with his guests to understand exactly how they grew their business. Most of the time he deals with people who are only a few steps ahead in their entrepreneurial journey–many are just starting out and are sharing their experience from only the past few years. This creates a great camaraderie between guests and Courtland. Past guests have included Ryan Hoover of Product Hunt and Des Traynor from Intercom.

The famed startup launcher has a podcast that features many of the past participants and where they are now. Of course, it skews to the more successful ones(!) but it’s a must-listen for understanding the nuts and bolts of any startup opportunity. The format also features a lot of user questions, so it kind of has an AMA feel. They often bring on Y Combinator staff to answer common questions and to share advice as well.

Andrew Warner interviews founders from big and small companies, a lot of them you’ve probably never heard of. All of the nitty gritty is revealed, including analyzing the “lucky breaks” that a lot of people may default to. Warner wants to dissect the exact moments, connections and issues that plague founders and startups. Sometimes he gets personal and how life bleeds over into work. 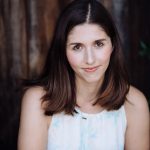 9. Ask a Manager from HowStuffWorks

This is a great one for when you’re experiencing a sticky situation at work that you can’t quite hash out on your own. The podcast is hosted by Alison Green, founder of the well-known website AskAManager.org, and a seasoned manager in her own right.

She’ll cover standard issues like how to ask for a raise, and how to deal with a stressful assignment. However, she’ll also get into the weirder territory, advising how you should deal with a coworker who’s stealing your food, or tactfully let down a client who won’t stop asking you out.

As they say on the podcast, this is the show “that explores the hidden side of everything”. While you’ll find tons of thought-provoking episodes covering a wide spectrum of topics, Freakonomic’s recent series, “The Secret Life of a C.E.O.”, is particularly great. Tune into discussions with people like Indra Nooyi, the C.E.O. of PepsiCo,  and Mark Zuckerburg, as they discuss what it takes to run a major global franchise. 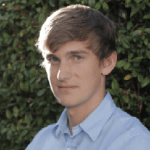 11. Something You Should Know

This one isn’t strictly business, but it does touch on business and can impact the way you conduct your business. On Something You Should Know, the host Mike dives into a lot of common questions and provides everyday, useful tips, such as how to maximize your time on an airplane, what to do with distractions or how to give criticism. It’s practical and can make you think about your routine actions a little differently.

Host Sean Broxton shares a quote of the day and then profiles a special guest who gives a speech, talk or interview around the same topic of the quote. It’s motivating and enlightening at the same time and introduces you to a lot of new voices and perspectives that you may not have discovered on your own.

If you want to tap into the voice and culture of business, podcasts provide more access and personality than a book or article can do alone. In interview podcasts, it’s great to see what nuggets the interviewers pull out, and often the interviewees reveal things they wouldn’t normally do. These podcasts give actionable advice to take business up a notch.

Join 75,000+ teams using ClickUp to be more productive.
One app to replace them all
Please enter valid email address
Or log in