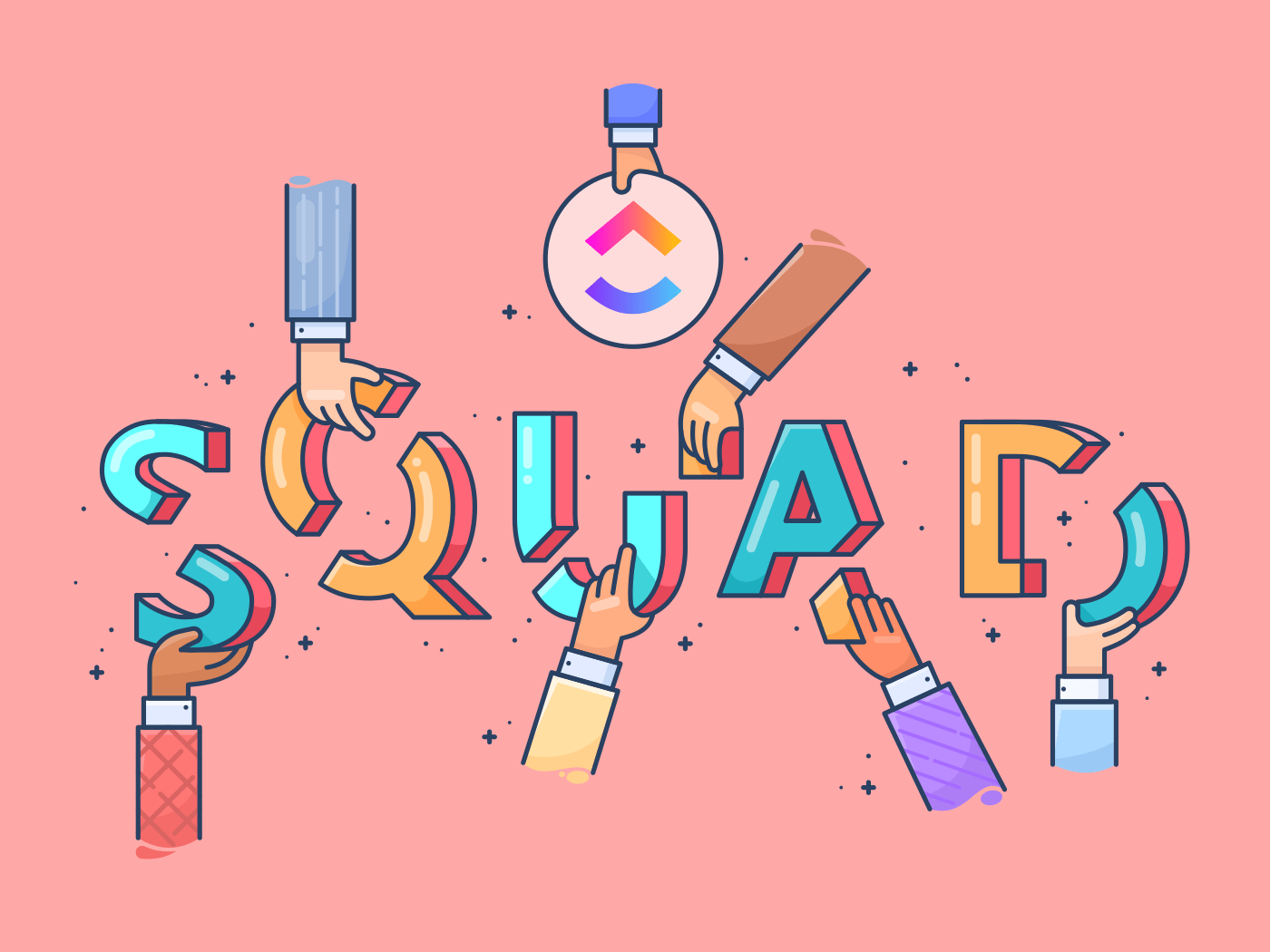 At some point, every growing company faces the same challenge when it comes to product development: How do you stay nimble and focused with larger teams?

Team collaboration platform Slite has tried a bunch of different ways to work together efficiently, while still making sure each team member contributes their best ideas and input.

The winning approach? Working in squads.

In the past, Slite has written about how squads can boost the five foundations of great teamwork, and why they ditched sprints for a better product development process.

This post will dig a little deeper into how squads work in practice at Slite, and how this excellent model leads to better product development.

As more companies look for better ways to develop great products, the concept of working in squads is gaining popularity.

As a company, Slite is inspired by companies like Spotify and Basecamp in their product development process – especially their use of squads.

Squads are small, self-organized teams with responsibilities that extend across different business functions (including design, development, testing, and other areas).

The name of the game? Autonomy.

In product development, each squad decides what to build, figures out how to build it, and determines how its members will work together while building it.

In contrast to traditional project teams, squads are smaller, have a greater range of functions, and can work with more freedom.

This nimble setup allows people to work without the constraints and hassles of bulky project teams and helps them collaborate to solve tricky problems.

Who’s Who in the Squad?

In Slite’s product development model, each squad has a Captain. This is similar to the role of Scrum Master within the Scrum methodology.

In contrast with the traditional Project Leader role, a Captain isn’t the sole decision maker, nor the sole person accountable for output. Squads are responsible as a group.

Instead, the Squad Captain is responsible for the organization. This includes running meetings, ensuring clear communication both within and between squads, and making sure tasks are completed as expected.

How Do Squads Work at Slite?

At Slite, squads consist of one designer and at least two developers. The number of developers depends on the requirements of the product or problem definition – the greater the complexity, the more developers.

These squads work in six-week stretches. Even for bigger projects, regular shipping is encouraged, with the delivery of small pieces of work on a regular basis. Slite also encourages people to ship as each feature is finalized, and for squads to ship internally as they go.

Squads work autonomously at Slite, designing and developing pitches, and also sharing best practices on what did and didn’t work with wider teams. This helps spread knowledge throughout the business, allowing ideas and expertise to cross-pollinate.

Slite encourage Captains to organize their squads around the following tasks:

Of course, how a Captain wishes to organize their squad is up to them. So long as products are delivered within the six-week timeframe, they call the shots.

At Slite, product development relies on a handful of tools to stay on track:

The Benefits of Using Squads

For growing companies, the benefits of this model of product development are huge.

At the very top of the list is greater autonomy. Each squad has the freedom to set its own direction and can decide how to solve problems and build better products. For Slite, that’s been a real helping hand.

The squad model has also contributed to a higher rate of product releases at Slite. That’s because individuals are focused on their work, experience fewer drags on their time, and are more engaged overall.

Being smaller, squads can communicate more effectively, too. Without the hindrance of large teams, individuals can work in a nimble and flexible way and can be more responsive in identifying and solving problems.

This increased flexibility allows the company to do a lot more. With just six weeks to deliver, if a particular project idea isn’t assigned to a squad, the sponsor only has to wait another six weeks before it can be considered again.

Not only that, but this model also complements the five foundations of effective teamwork. What more could you ask for?

Use Squads to Stay on Top of Your Product Development

Working in squads is an excellent solution for growing teams – especially when it comes to product development.

As a growing company, Slite is always looking for new ways to improve systems and ways of working. So far, they’ve found organizing teams into squads has been the best way to keep people focused on outputs and working nimbly to solve complex problems.

So, how do you structure your product development teams?

ClickUp for Good: How Sally Flannery Took Action To Save Her Community

How to Create Your Own CRM in ClickUp

Kerry Campion: Using ClickUp to Manage My Work and Excel in a New Career

Enhance Quality Assurance and Workflow with the ClickUp-PractiTest Integration