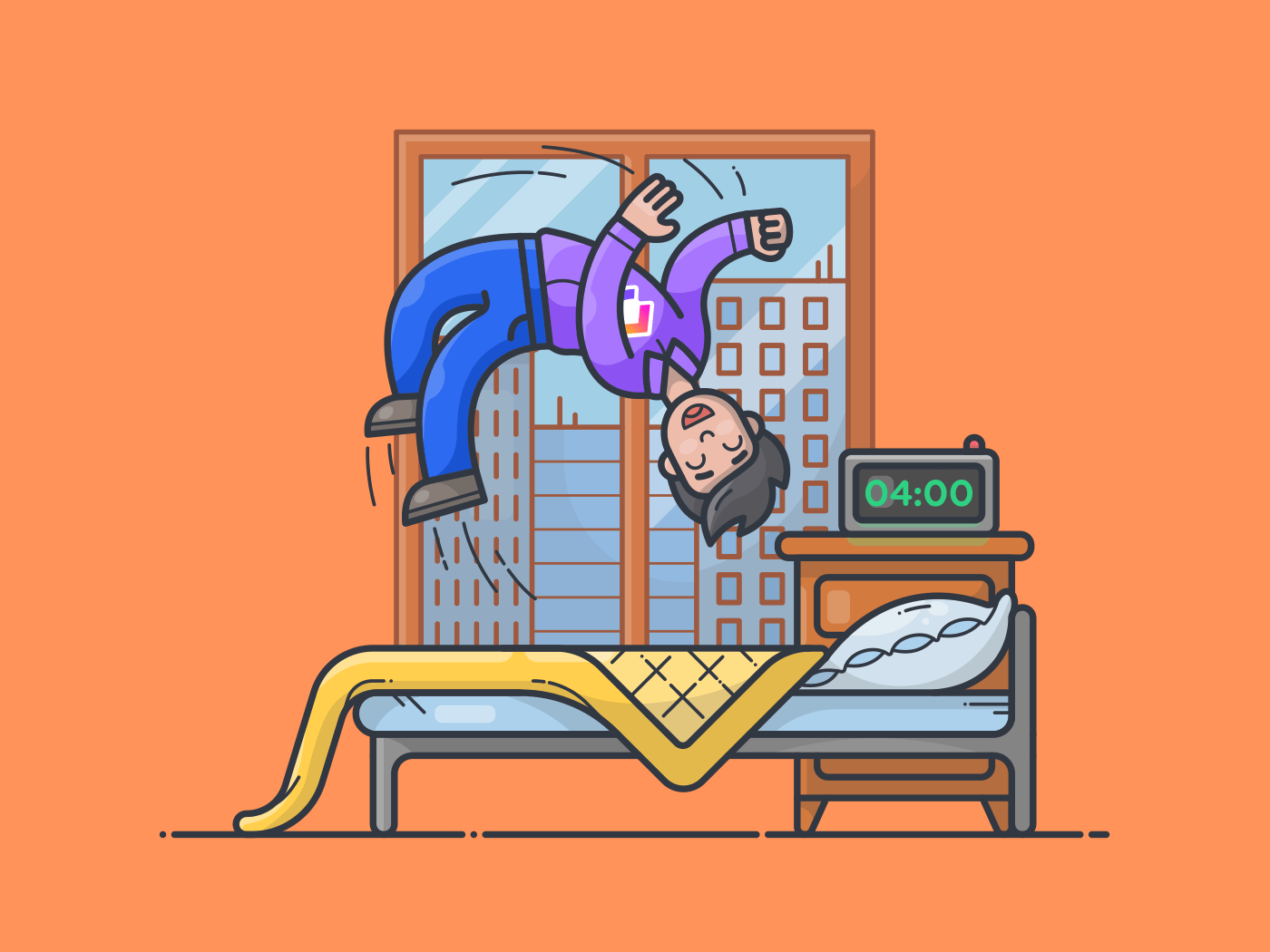 How Sleeping Only 4 Hours Each Night Has Helped Me

For my entire life, I was always that guy who couldn’t get enough sleep. I loved sleeping in, I craved it.

I had 10 alarms to wake me up. PLEASE, JUST FIVE MORE MINUTES!

Well, at 20 years old, it all started to make sense.

I was diagnosed with narcolepsy. Not the type where I fall asleep randomly (although I have been known to do that), but my diagnosis is that essentially my brain never sleeps.

Therefore, the doctor says, I will never feel rested my entire life, no matter how much I sleep. I will always be chronically tired.

The doctors told me that basically there was no solution other than taking amphetamines. I lived with this diagnose…until I went to a Tony Robbins conference “Unleash the Power Within.”

I was a naysayer. I was that guy who thought Tony Robbins was for people that need motivation, a place for losers to go and waste money.

But I went through a remarkable transformation at the conference (and now I’ve been back 6 times). I even take our entire team there once per year.

For the sake of this blog though, I’ll only discuss one piece of it.

I learned that Tony Robbins sleeps 3 hours each night.

I was stunned. Is this guy even human?

Train Yourself How To Sleep

He went on to explain that essentially “modern” medicine is not as modern as we think. If you think about it, we’ve really only had this era’s medical professional for like 100 years.

The majority of this “knowledge” is based on studies with an essentially predetermined result, or at least heavily influenced by rules already in place.

A primary problem with many of these studies is they are ephemeral in nature. Instead of studying people that train their bodies for extended periods of time, we generally study a control group that has no “training” whatsoever.

So I started wondering, if Tony can train his body to sleep a few hours each night, could I?

The first night when I got home from the event, I tried it.

I went to sleep at midnight, setting my alarm for 4 am.

One of the biggest takeaways from Tony Robbins events is the empowerment gained from knowing you can change your state INSTANTLY.

Instead of snoozing the alarm and getting back under the sheets, I JUMPED out of bed.

But man I was tired and groggy. I grabbed a cup of coffee and pushed through the day.

I’ll spare you the next few days, but by day six or seven, I was waking up on MY OWN at 4am. I literally would wake up a minute or two before my alarm went off, as if my body were already anticipating it.

I was hooked. Remarkably, I actually started to feel less groggy and tired than I ever had in my entire life.

Could You Only Sleep 4 Hours, Too?

So after 20 years of narcolepsy and no cure in sight, the unprecedented cure was to simply sleep LESS. Much less. How ironic.

My narcolepsy was cured. I have 4 more hours in my day. Why the hell didn’t a doctor tell me to try this?

This was at a time when I built my first business so the extra hours mattered. I can certainly say this single enlightenment shifted the momentum of my life forever.

I know it sounds ridiculous but crank some music up and just TRY IT. After you do it a few times, you’ve created a new habit, a new state for yourself.

Note: For more tips check out our guide on how to be more productive.

Don’t conform to societal “rules” just because those in authoritative places claim something to be fact.

Nice piece! Maybe I'll give it a shot

Notion Vs. OneNote: Which Note-Taking App is Better in 2023?