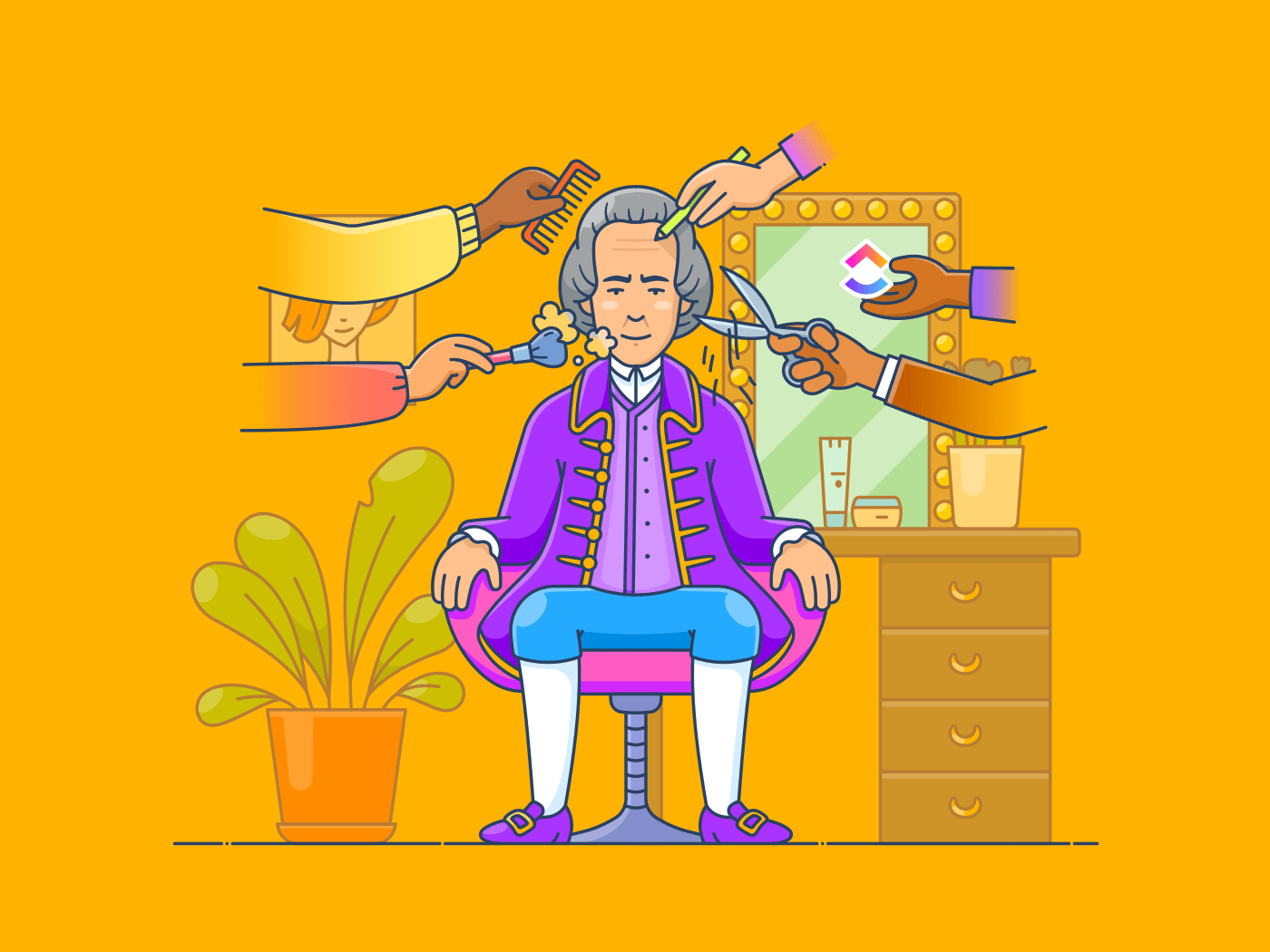 If there was one overarching theme for this year’s Super Bowl and its commercials, it was nostalgia.

Budweiser brought back the Clydesdales. Mike Meyers brought back Dr. Evil. We got throwbacks to The Sopranos, Scrubs, and Lindsay Lohan. As for the half-time show? Every millennial watching was suddenly transported to one hell of a middle school dance.

At ClickUp, we took it way beyond the early 2000s for the Super Bowl—to the late 1700s, in fact. But to make it happen, we had to embrace the here and now in our very own cutting-edge platform: ClickUp!

There was just one thing we knew for sure going into the concept phase of our commercial: it had to show that ClickUp treats both productivity and fun with equal reverence…and it had to be unique.

The final idea was to show an alternate reality where our Founding Fathers almost lost their countless handwritten pages declaring independence from British tyranny—until John Adams swooped in with ClickUp to save the nation!

But who would fill the shoes of such iconic figures? Not famous actors, according to our Chief Creative Officer, Melissa Rosenthal. “Celebrities can do one of two things,” says Melissa, “They can add to an ad, but they can also kind of detract from it depending upon who you choose.” It was decided that the concept was not only strong enough to deliver sans celebrity, but keeping the cast largely unknown wouldn’t risk distracting viewers from the message. Plus, it minimizes the budget so the funds can go towards the overall production.

Did we mention we produced this commercial entirely in-house?

Once pre-production was done, it was time to shoot the spot. “It’s not an easy task to find a property in Southern California that has the bones to turn into 1776 Pennsylvania, but our amazing producer Francesca made it happen,” says Nick Fabiano, ClickUp’s Head of Video and our commercial director.

The footage itself was, amazingly, shot in just one day. “Actually, most of the day consisted of getting every actor through placement, make-up, and wardrobe because we wanted to be as accurate to the era as we could,” says Fabiano. “Once we were ready, the filming only took five hours!”

Once filming wraps on a commercial, the work is only about halfway done. While the shoot might have been done in one day, post-production took three weeks of tireless work from ClickUp’s video editors, animators, and producers before being passed on to the marketing team to blast off.

Alan Loayza, our Director of Production, knew perhaps more than anyone the importance of organization for such a big feat. “Organizing every step of the ad from development through delivery requires so many teams being on the same page. Accounting, finance, social, distribution, legal, and all the script and edit approvals…it’s easy to see how this can be a large mess without the right tool.”

“ClickUp makes it come together so easily with everything in its right place, and for a project like this with so many stakeholders involved and so much money invested, it really couldn’t have been done without our product,” Loayza said.

Post-Production Supervisor, Rodney McMahon, says he couldn’t have gotten it done without subtasks in ClickUp. “I keep it pretty simple while working in ClickUp and mainly use subtasks to build out our timelines,” he tells me.

As for Nick Fabiano, it’s the people plus the platform that led us to our win. “Using our software was crucial for planning and organizing, but this couldn’t happen without my super-talented and hilarious co-workers. Beyond the fact that they are so efficient in their roles [at ClickUp] to pull off an expedited Super Bowl campaign, they are just so much fun. It made the day-to-day a pleasure.”

I have to agree with Nick there. As a writer and creative who had worked on a Super Bowl campaign at an actual ad agency before coming to ClickUp, the difference in efficiency, communication, and creativity between the two is night and day: The fancy ad agency had absolutely nothing on ClickUp in terms of tools and team spirit.

Even though I’m not on the video team, I had visibility on everything since the day Paul Costabile—who played the hilariously-hairlined John Hancock in our commercial—finished the script and looped me in for my input. With a few clicks on a few tasks, I could see exactly how production was moving along, and if I could see it, that means the people who needed to could as well.

After the three long weeks of painstaking post-production (Did you know that every time you see a laptop screen in the commercial you’re seeing hours of frame-by-frame motion graphic animation added to the video?!) It was time to start getting the word out about our upcoming Super Bowl spot, and that’s where the high visibility between departments really paid off.

Along with blogs like this one, I also craft much of the advertising copy for our campaigns—this one was no exception! Because I could easily follow every task and could communicate from my home in Los Angeles to the crew in San Diego in ClickUp, I was able to do my duties with zero blockers. Zero.

At my former ad agency, we didn’t have a solid work management system where all of our tasks and teams could live in one united place, so suffice it to say, that experience spooked me from working on another Super Bowl commercial any time soon. I’m so glad that I got to see that when it comes to a huge project, it’s not about the funds, it’s about the foundation—and ClickUp gave us all the tools we needed to build our own success, in-house.

Super Bowl ads are designed to get your attention, but if the product they’re selling isn’t everything that’s promised, it can be a disaster. That’s why we put our money where our mouth is and relied on our own product to get our ad from little concept to live commercial—with every team member on the same page every step of the way.

It’s amazing to have a platform that helps us do everything we need in one place, but it’s the creative, hilarious, open-minded humans at ClickUp who utilize the technology that help us connect with people the way we do.

We’re really proud of pulling off a stunt like this, but it means far more to us to see that it helped a ton of new people find a new way to save time and be more productive.

For more behind the scenes fun, check out our “Making Of” video and meet the hilarious humans who made it all happen:

Announcing Our New Partnership With HubSpot 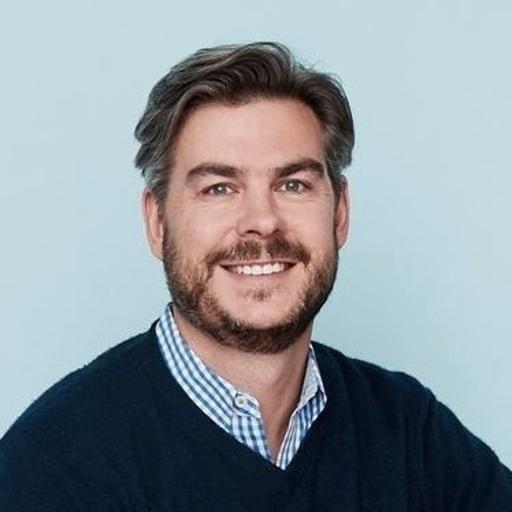 ClickUp’s Path to Excellence: An Update on Our Stability and Reliability Journey 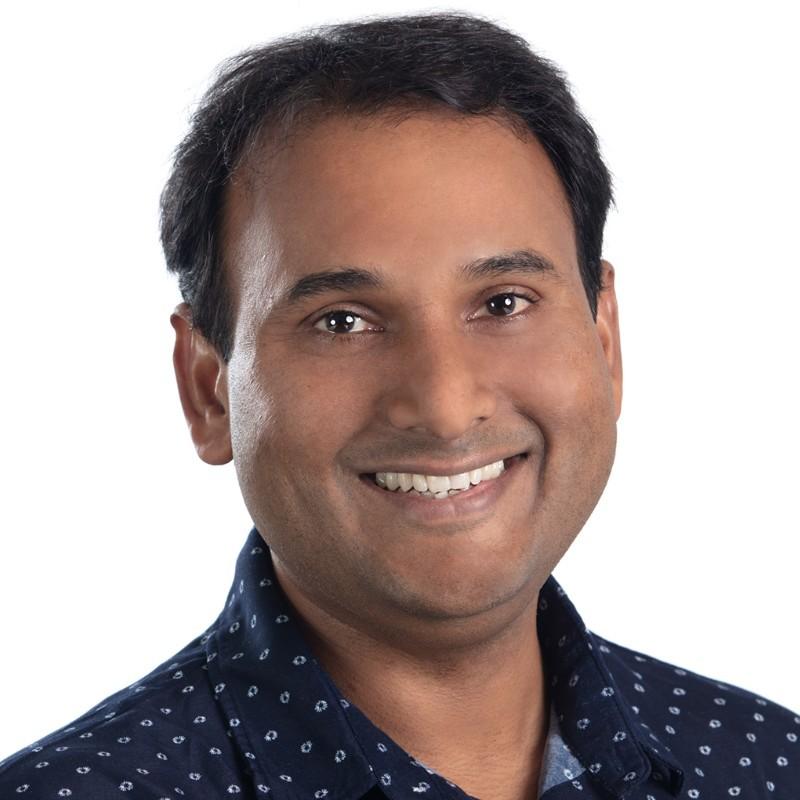 Our Commitment to Protecting Your Data: ISO Certifications 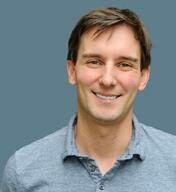 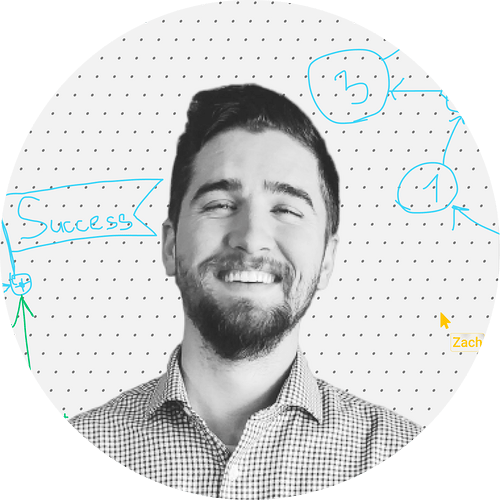 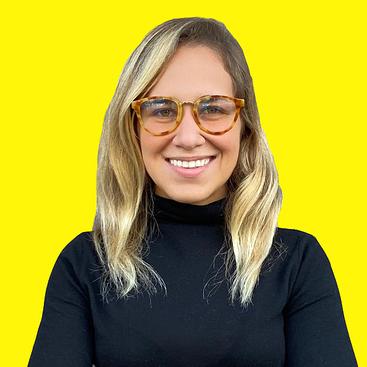 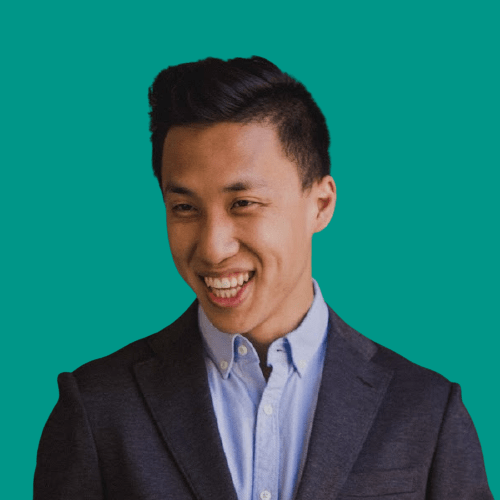